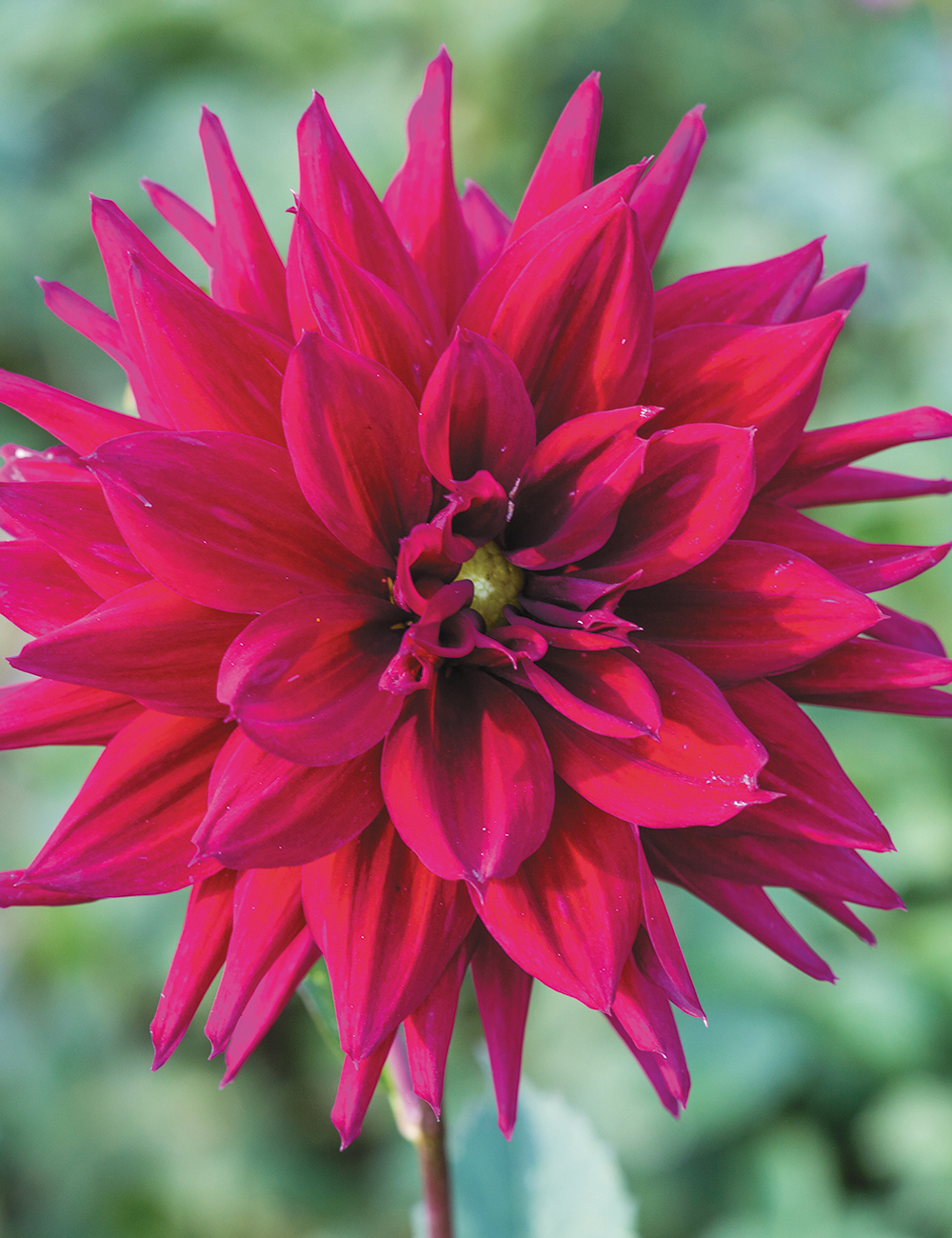 Lovely deep, cherry red flowers. Delbard Dahlia ‘Pondicherry’ flowers grow to 15cm across.
Delbard Dahlias are award winning, abundant, large flowers with an impressive colouring selection and compact, strong growth. The flowers are totally flamboyant and a bit less formal, so more cottage than your average Dahlia.
Each variety is carefully selected, from a trial of over 10 000 hand pollinated seeds, only five new varieties are chosen. From this point it takes another six years to get them to the market. The breeding program began back in the 1940’s and many beautiful varieties have been realised since then.

Dahlias are brilliant garden plants. They are long flowering, with lush foliage, come in a huge array of colours shapes and sizes, and are easy to care for.