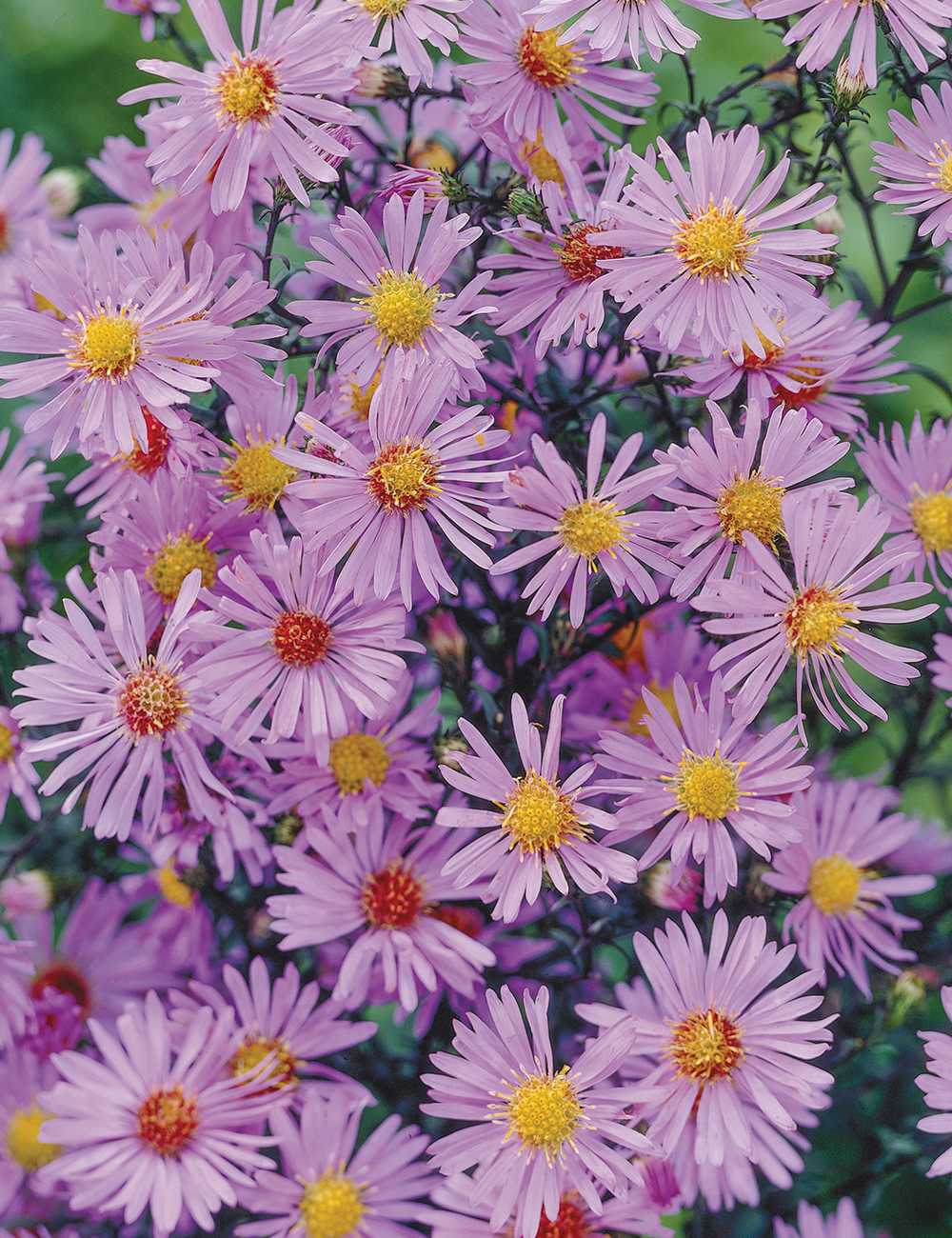 Aster ‘Otis’ was proudly bred in Australia by the boys at Antique Perennials. They were so enamoured by this cracker they named it after Mike’s son, Otis. We agree; it is absolutely garden worthy.

Aster ‘Otis’ will grow about a metre high and wide and will be absolutely swamped with flowers from February to the end of March. It is long lived and doesn’t get congested or lose vigour as many Asters can. It also produces excellent cut flowers.

Plant Aster ‘Otis’ in borders, cottage gardens or even large pots. The stems are covered with glossy green leaves.

Once established Aster ‘Otis’ doesn't require a lot of water, even though it grows and flowers through the hotter times of the year. They are vigorous, hardy and offer great quantities of colourful blooms.

In the language of flowers, Aster's denote love or daintiness. The word, Aster, is Latin for Star. Asters are commonly known as Easter Daisies or Michaelmas Daisies.

Asters have been botanically separated into different genus. The European species remain Aster. The North American have changed into three genera, Symphyotrichum, Eurybia and Doellingeria. We like the umbrella Aster but if you want to be correct in classification this variety would be Symphyotrichum laevis ‘Otis’