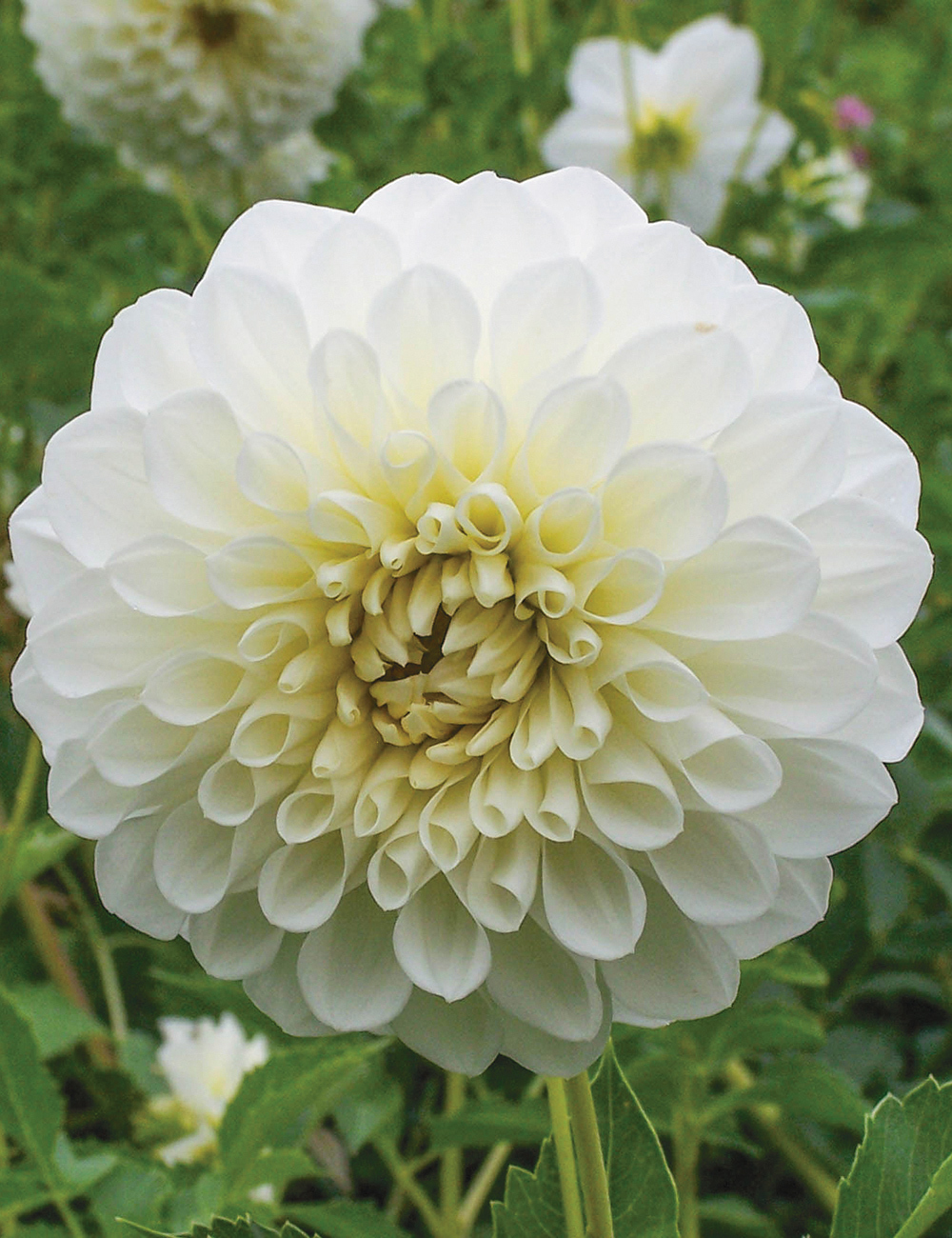 Wonderful white petals neatly layered one atop the other. Fantastic for picking.

Dinner Plate Dahlias are BIG! I measure them against my grandchildren’s smiling faces and their grins are often eclipsed by the petals! Very impressive. The stems are strong, but the blooms are big and heavy, so they should be staked.