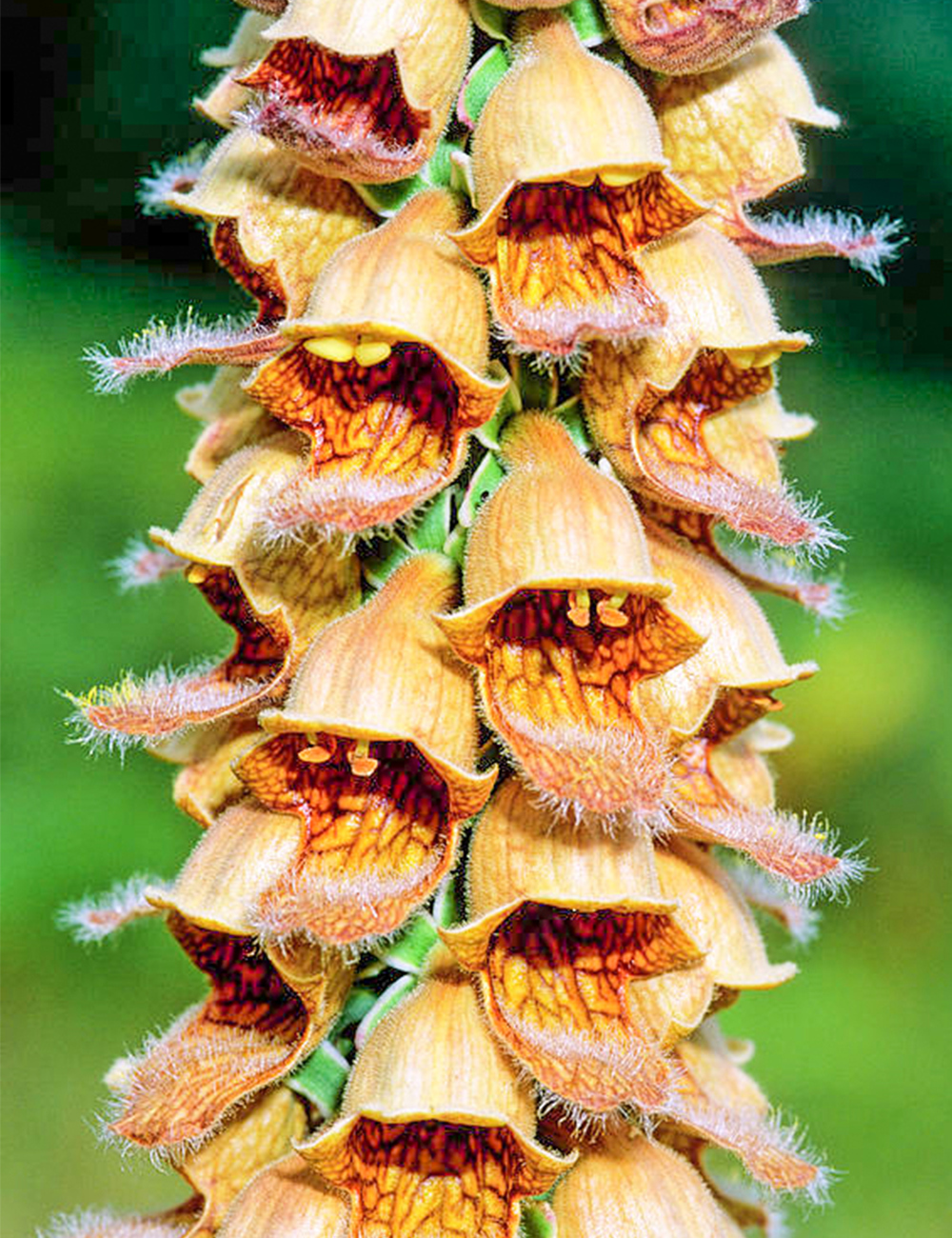 An extraordinary choice for creating stylish vertical interest in the garden. The caramel spires tower gracefully over the neat, clumping foliage. This rare biennial is one to be treasured.
Best planted in groups of three or more, their towering form looks good in the middle to back of a bed. Cut the first flower back and fertilise for a second round of blooms. The flowers last well in a vase.
Plant Rusty Foxgloves in moderately fertile to humus rich, well drained soil. Best grown in full sun to light shade. Water to establish, then only if rainfall is low, they are more dry tolerant than your average Foxglove. This plant is a short lived perennial or biennial. To encourage it to be more perennial, just cut the second flower back after blooming rather than allowing it to set seed. If you allow it to set seed, then it will be biennial, so you can regenerate it from seed, meaning it will flower in its second year and then die after flowering – it does set viable seed that can be sown in spring, or allowed to fall naturally so they can establish small colonies. Or do both – leave some for the seeds and cut the rest back. Seedlings are easily removed in the unlikely event they are unwanted!