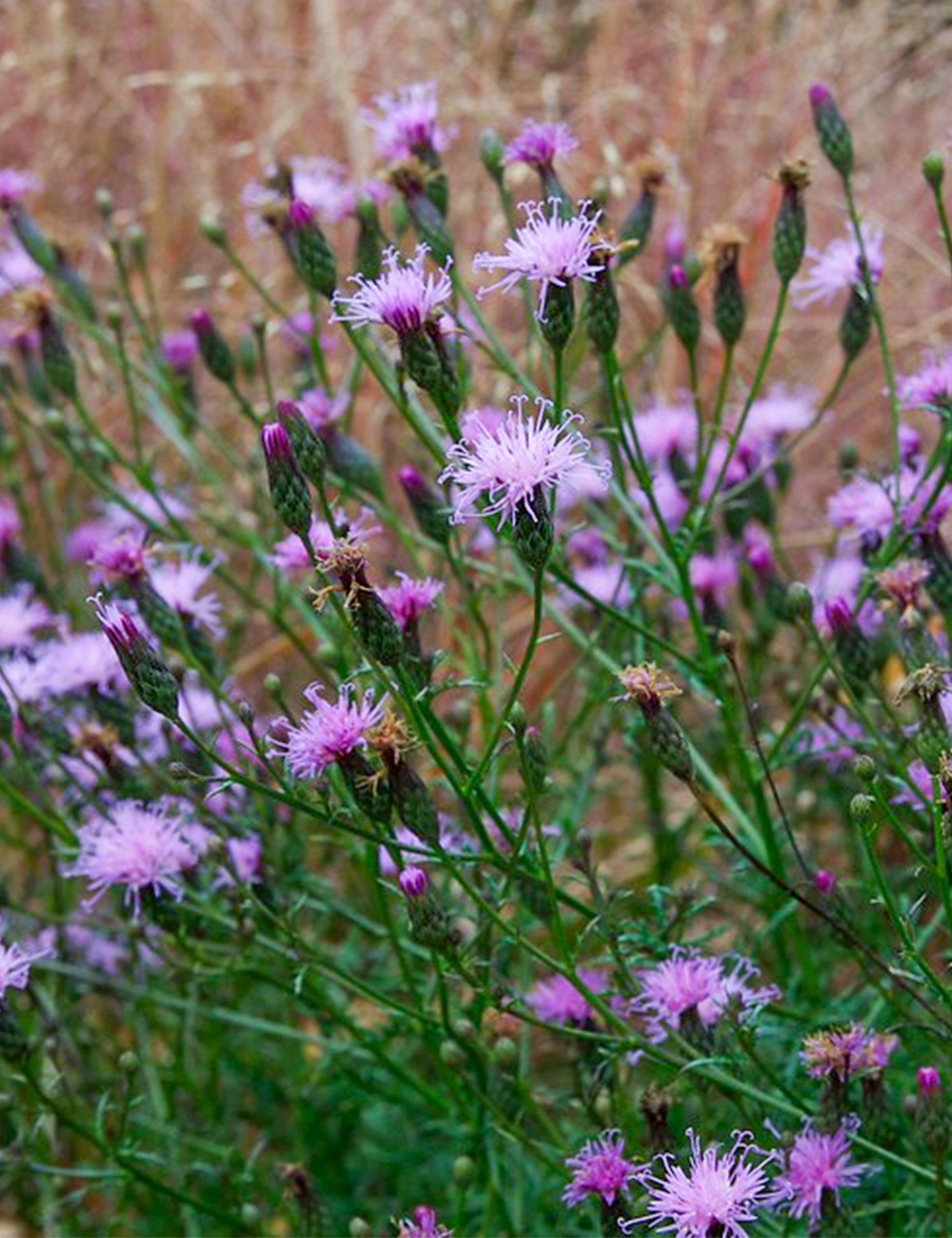 A gorgeous little plant for bringing some late season colour to the garden. This unsung garden hero is relatively new on the Australian gardening scene and we think it has great potential. The mauve pink, wild and woolly daisy flowers mass over the leaves on narrow stems for three or four months. Once the flowers finish, they become showy, straw coloured seed heads which will last into winter.
Grow Serratula with grasses or as a part of your garden beds. The upright stems have lance shaped, dark green, deeply dissected foliage.
Serratula are native to the grasslands of Europe where they tough out some harsh conditions. Grow in moderately fertile to humus rich, well drained soil. Allow seed heads to form for ornamental value. Cut back early spring to allow the new growth to shine.