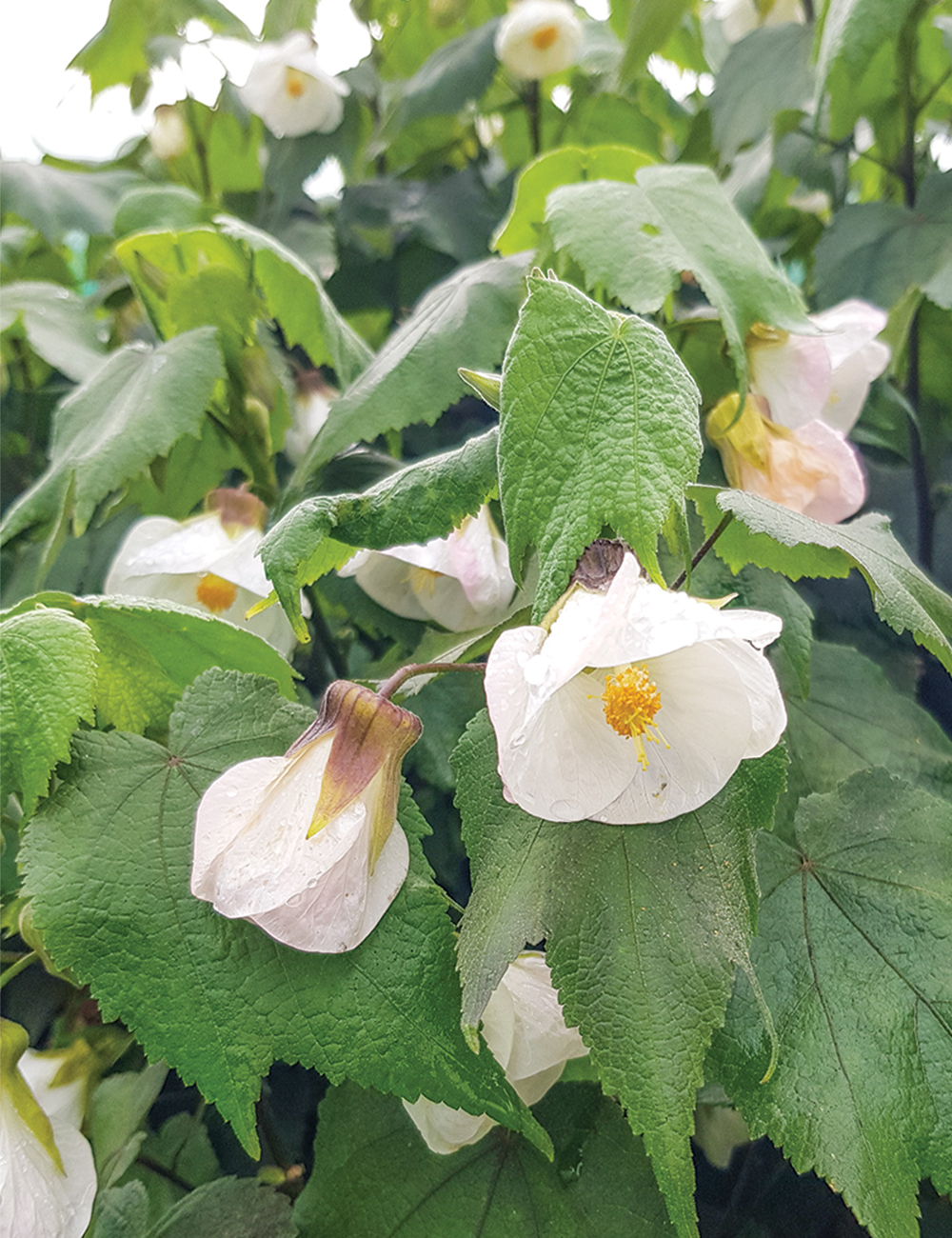 This floriferous shrub is a treasure. It is fast to establish with luxuriant, evergreen foliage and a heavy covering of snow white bells all year round.
Abutilon ‘Boule de Neige’ lends well to both a formal or a tropical setting. It is versatile and low maintenance. It has admirable vigour and is trouble free. One makes a nice feature, more could create a dense screen. You could grow one in a pot.
Birds and bees love the flowers and, as an added benefit, we can eat them too, they have a sweet flavour. The leaves are similar to a maple in form.
Plant into moderately to humus rich, well drained soil in a full sun to semi shaded position, ideally out of the hot afternoon rays. In too much shade they will be a bit leggy and less handsome than they could be, you will also have less flowers. They don’t have a super long life (five years) but they will usually produce offspring in the meantime to succeed their throne. They are fairly tolerant of frost, but don’t like to be frozen. Water well to establish, as you should with all plants, they take around four weeks for the roots to be able to penetrate the soil so you need to water regularly during that time. A light prune in winter, when the flowering slows will help keep them bushy and healthy – of course you could always prune more to control their size, they won’t mind a bit. Once established you will only need to water when rainfall is low. Ideally you could add some fertiliser and mulch in spring to keep them looking good.
The name, Boule de Neige translates from the French, Snowball. Common names for Abutilon include Chinese Lantern, Chinese Bellflower and Flowering Maple. They are endemic to areas of Central and South America, Africa and Australia – though this is a hybridised form, which dates back to the 1850’s.