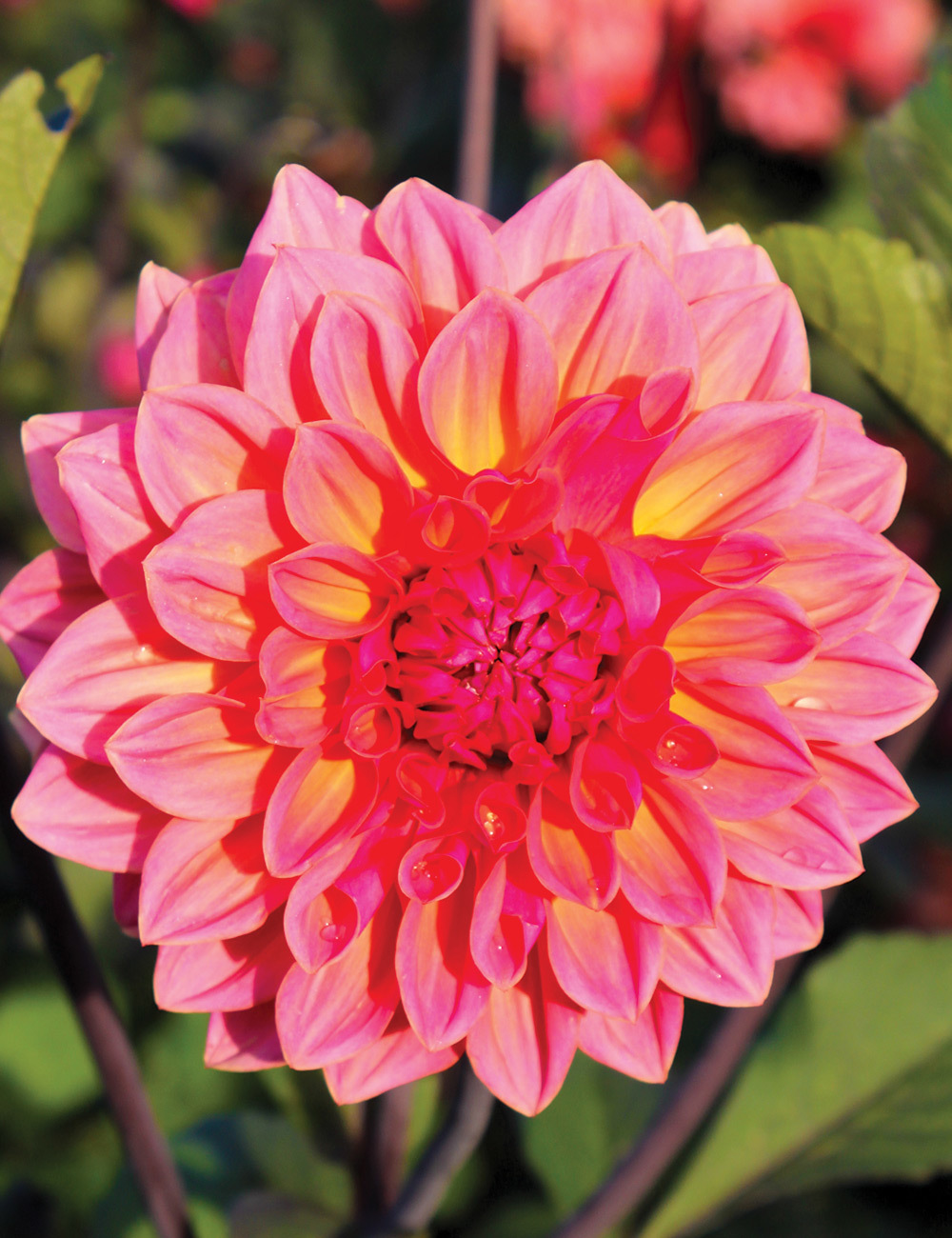 Salmon pink, layered with yellow and a hint of orange. Massive flower heads, up to 20cm across!