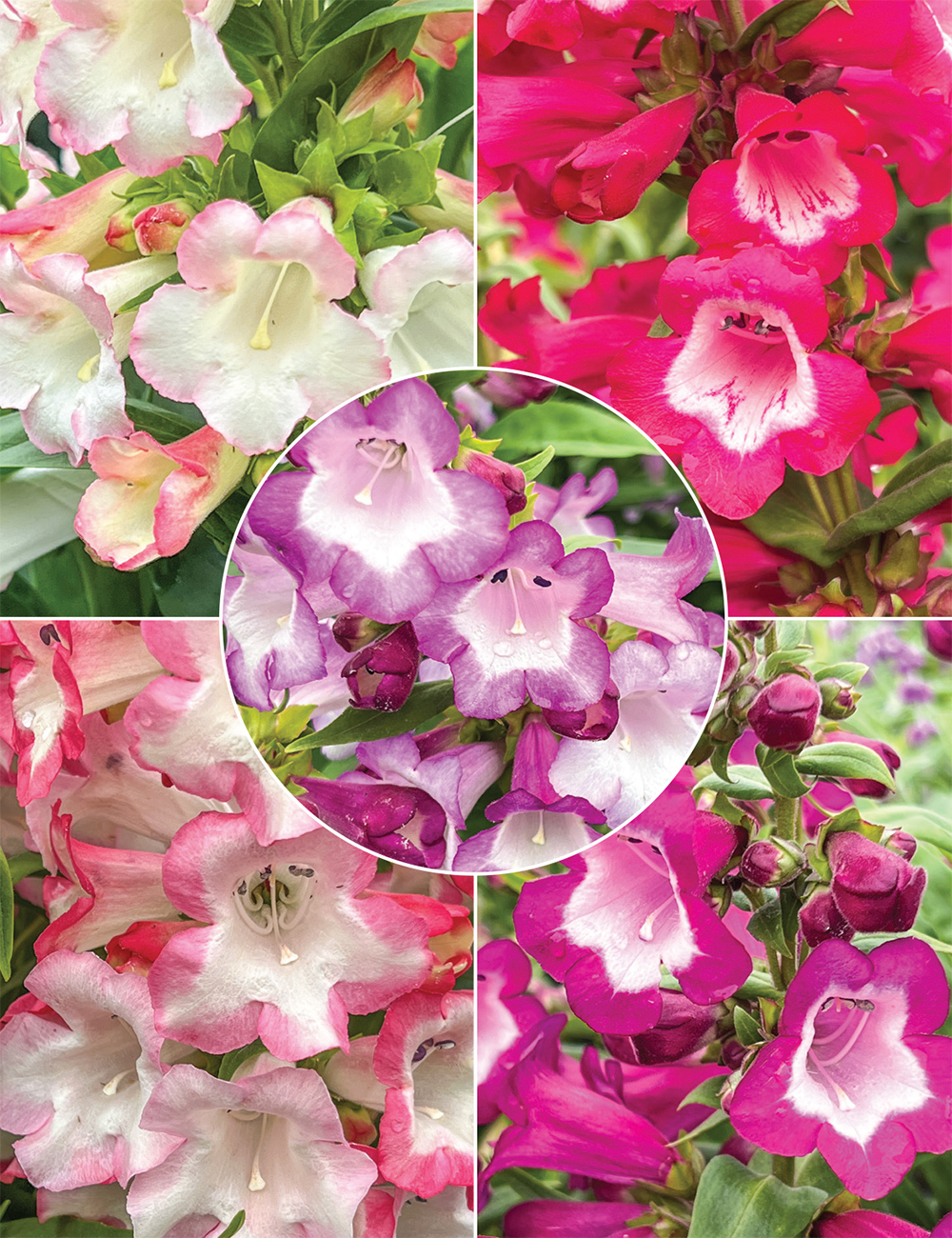 These hale and hearty plants are quick to establish and don’t need a lot of fuss. Their compact nature will work well in both landscapes and containers. They will remain evergreen in all but the coldest climates and come into their own as many perennials are beginning to flag.
Phoenix Penstemon have larger flowers on strong stems that don’t need staking and can bloom for up to five months.
Penstemon ‘Phoenix Apple Blossom’ holds the prestigious RHS Award of Garden Merit, so you know it has been put through its paces as a reliable garden plant.
Beneficial insects such as bees and butterflies flock to the flowers. The flowers will even last well in a vase.
Happy in poor, to moderately fertile, or humus rich, well drained soils. Water to establish then only if rainfall is low, they become dry tolerant once they establish. It is a good idea to prune them back to the woody base in early spring to promote healthy growth. They tend to rot in boggy soils, so it is a good idea to ensure there is adequate drainage. Rabbits are rarely interested in Penstemon, but slugs and snails are easily tempted, so it is a good idea to offer them some protection.
Penstemon are commonly known as Beardtongue.
Phoenix Penstemon Collection, one of each variety, separately labelled. Includes Phoenix Lavender, Phoenix Apple Blossom, Phoenix Magenta, Phoenix Pink and Phoenix Violet.
Phoenix Penstemon Collection Valued at $72.50, SAVE $5.00.