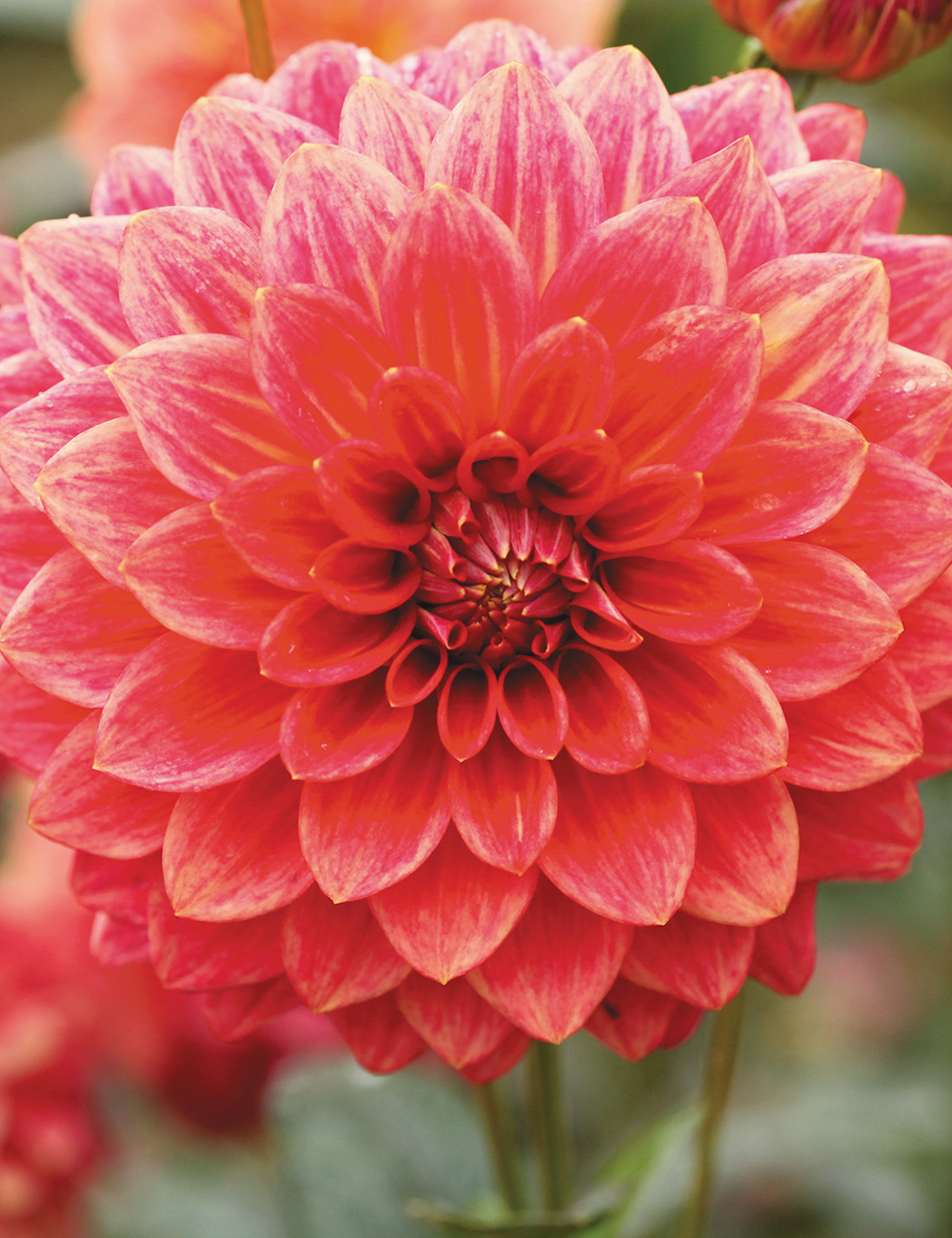 Dahlia ‘Ciska’ is a well formed flower with an interesting blend of colour. The mottled pink, cream and red petals have great appeal.

Oodles of flamboyant flowers with a minimum of fuss. Decorative Dahlias have fully double petals which envelop the round central disc.

Dahlias are an absolute delight. They are easy to care for and bring you masses of vibrant flowers. What’s more, they can be left to colour your garden or bought inside to fill your vases. Let’s face it, Dahlias have so many flowers, it is easy to do both with blooms from December to April.
Dahlias are brilliant garden plants. They are long flowering, with lush foliage, come in a huge array of colours shapes and sizes, and are easy to care for.