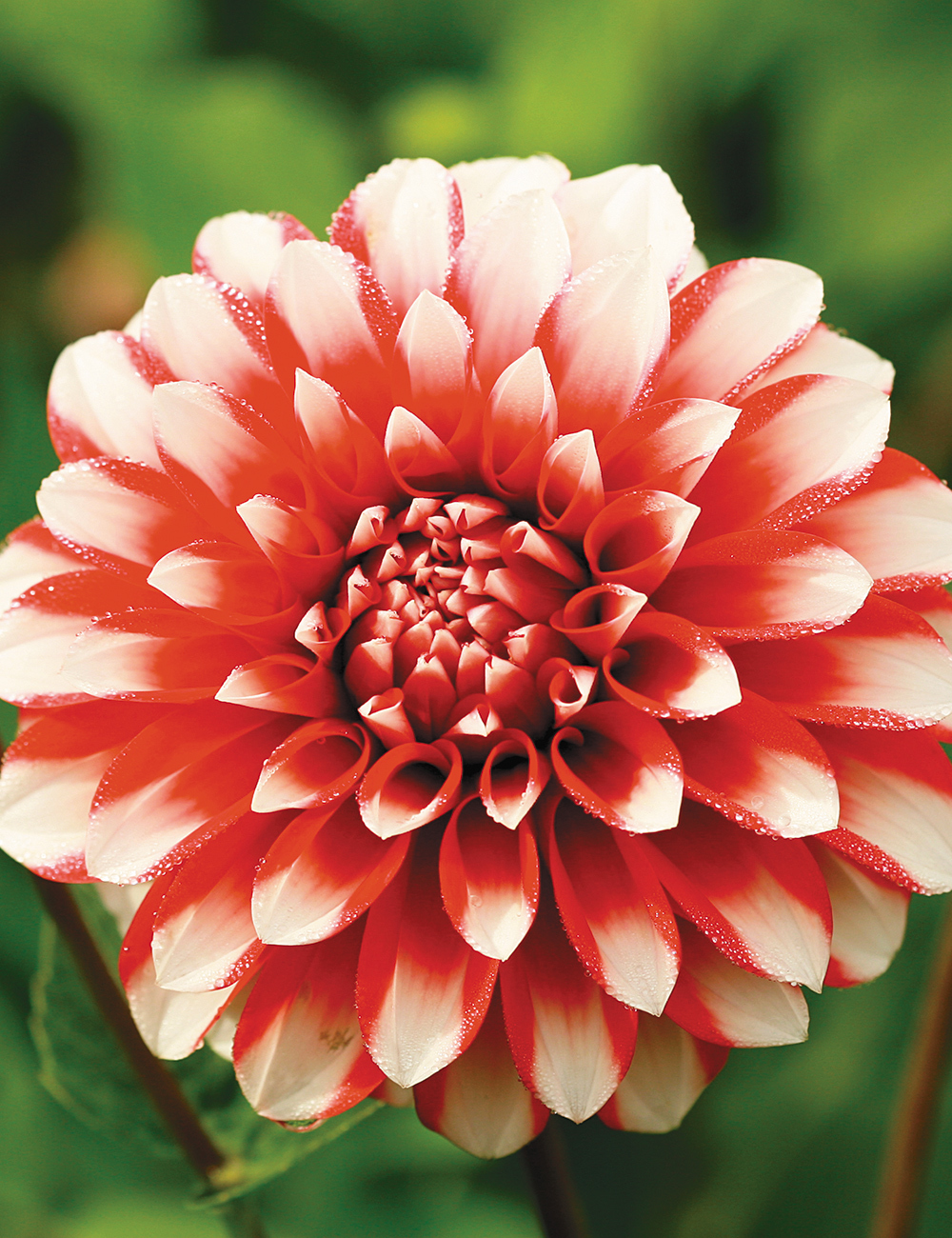 A fiery combination of red and white.