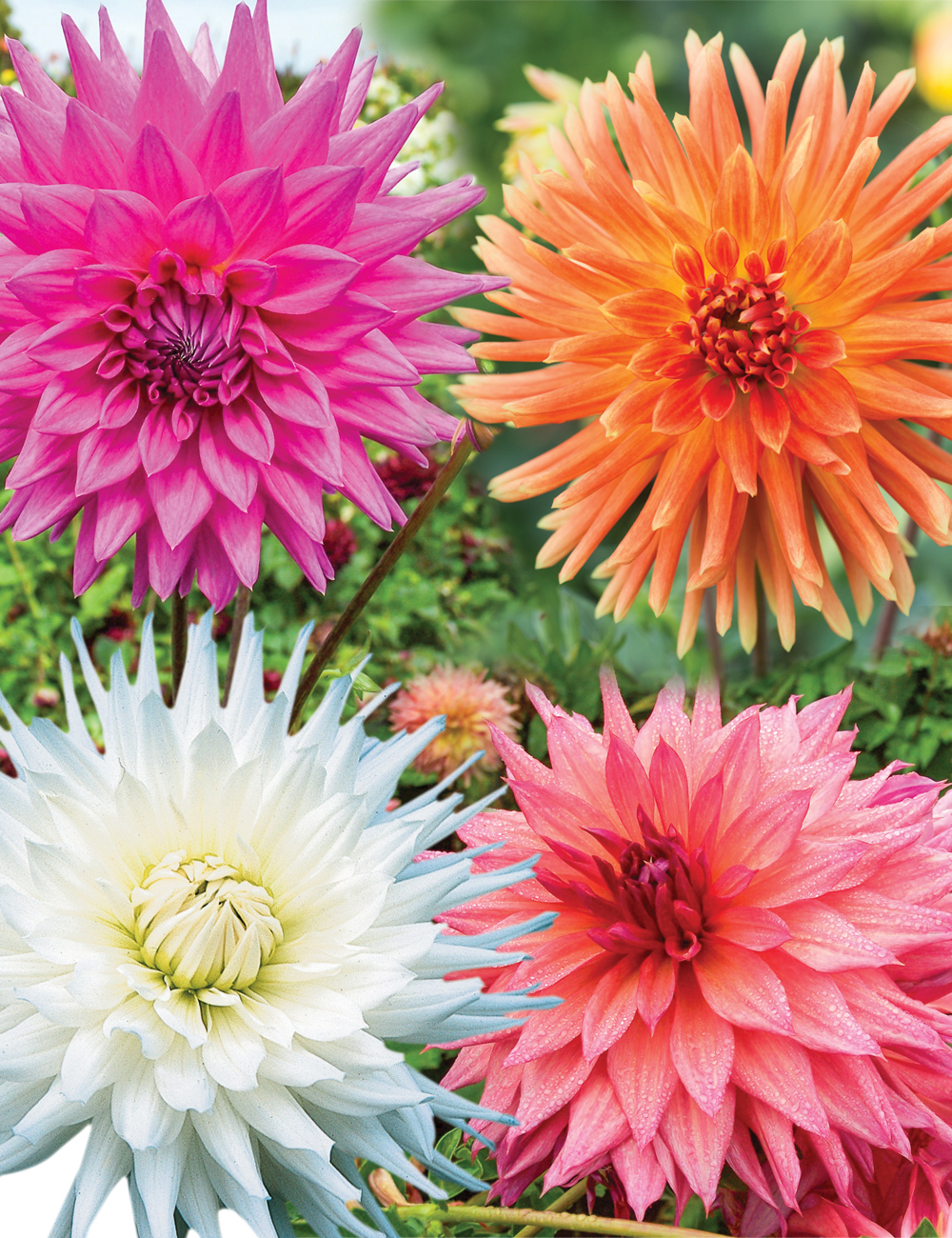 Buy in bulk and SAVE.

A colourful, unlabelled mixture of Cacti Dahlias, includes listed catalogue and alternative varieties. With their spiky blooms the Cacti and Fimbriated varieties are the most popular of the Dahlias.

Dahlias are an absolute delight and make brilliant garden plants. They are long flowering, with lush foliage, come in a huge array of colours shapes and sizes, and are easy to care for. What’s more, they can be left to colour your garden or bought inside to fill your vases. Let’s face it, Dahlias have so many flowers, it is easy to do both with blooms from December to April.
Dahlias take around eight weeks from planting to flowering and can be grown in gardens, or large pots.
Plant Dahlias into moist, humus rich, well drained soil in a sunny spot, they need at least six hours of sun to flower well. If you have the time, we recommend digging a well rotted manure though the soil prior to planting. Plant the tuber around 10cm deep. It is a good idea to stake tall/large flowered varieties at the time of planting to avoid root disturbance later on. Allow for good air flow between the plants.
You don’t need to water your Dahlias in, just keep them moist once they start to grow. Add a slow release tomato fertiliser in early summer and some Sulphate of Potash, then mulch for best results.
Dahlia flowers are excellent for cutting, and last well in a vase, and by cutting the flowers you will encourage more blooms. When you cut the flowers, it is a good idea to do it in the morning as they have higher moisture content and so will last longer. Cut the stems so you are taking at least two leaves, this prunes the plant back far enough to encourage more flowers and bushy growth. Any spent flowers left on the plant should be removed as they brown, in a similar cutting method to encourage more blooms.
Dahlia tubers don’t really need to be lifted if the soil is well drained and you don’t live in areas where the soil will freeze or get overly moist in their dormancy.


Dahlias were discovered in Mexico in the 1700’s. They were named after the Swedish botanist, Anders Dahl.