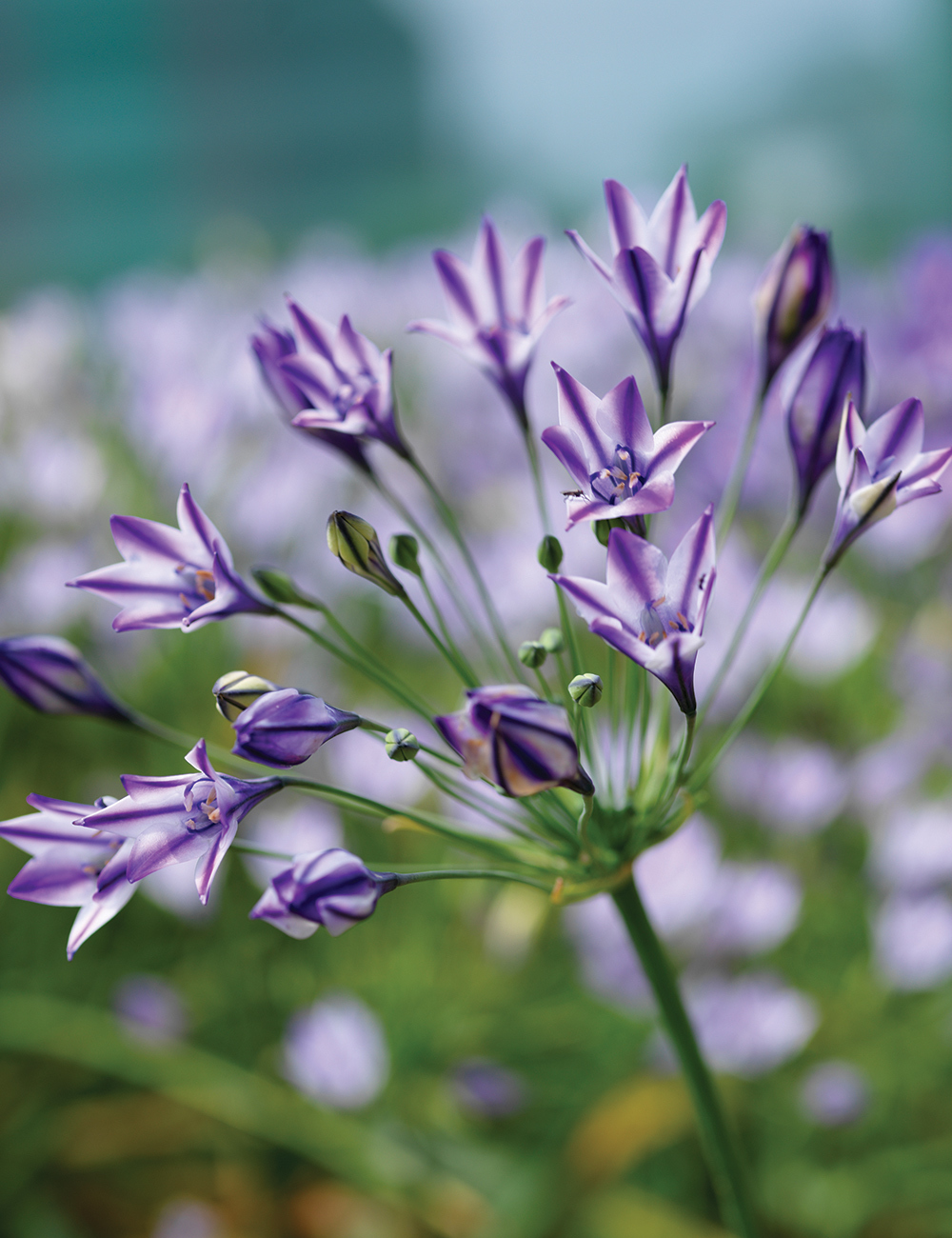 Brodiaea ‘Queen Fabiola’ is a no fuss bulb that can naturalise readily. The flowers open in succession and can remain for the commendable period of around 4-6 weeks. When cut, the blooms can last up to 2 weeks in a vase.

Up to 25, soft to deep purple flowers open in loose clusters. The butterflies and bees love them. They bloom after the upright, narrow foliage, which soon disappears as the floral show begins. After flowering they go dormant through the hot months of summer.

Triteleia (syn. Brodiaea) seem to fade in and out of favour so get them while you can! You could plant the bulbs amid grasses, at the front of borders, in a patch by themselves or as part of a rockery or bed.

These bulbs are survivors and they will cope with everything from snow to sun. They are dry tolerant and best left to naturalise, which is good news for lazy or time poor gardeners, as you can just relax and enjoy the show. The foliage emerges from late winter and begins to fade as the blooms open.

There is a plethora of common names for this South American grassland native including Fool’s Onion, Triplet Lily, Ithuriel’s Spear, Grassnut, Bloomeria and Wild Hyacinth.