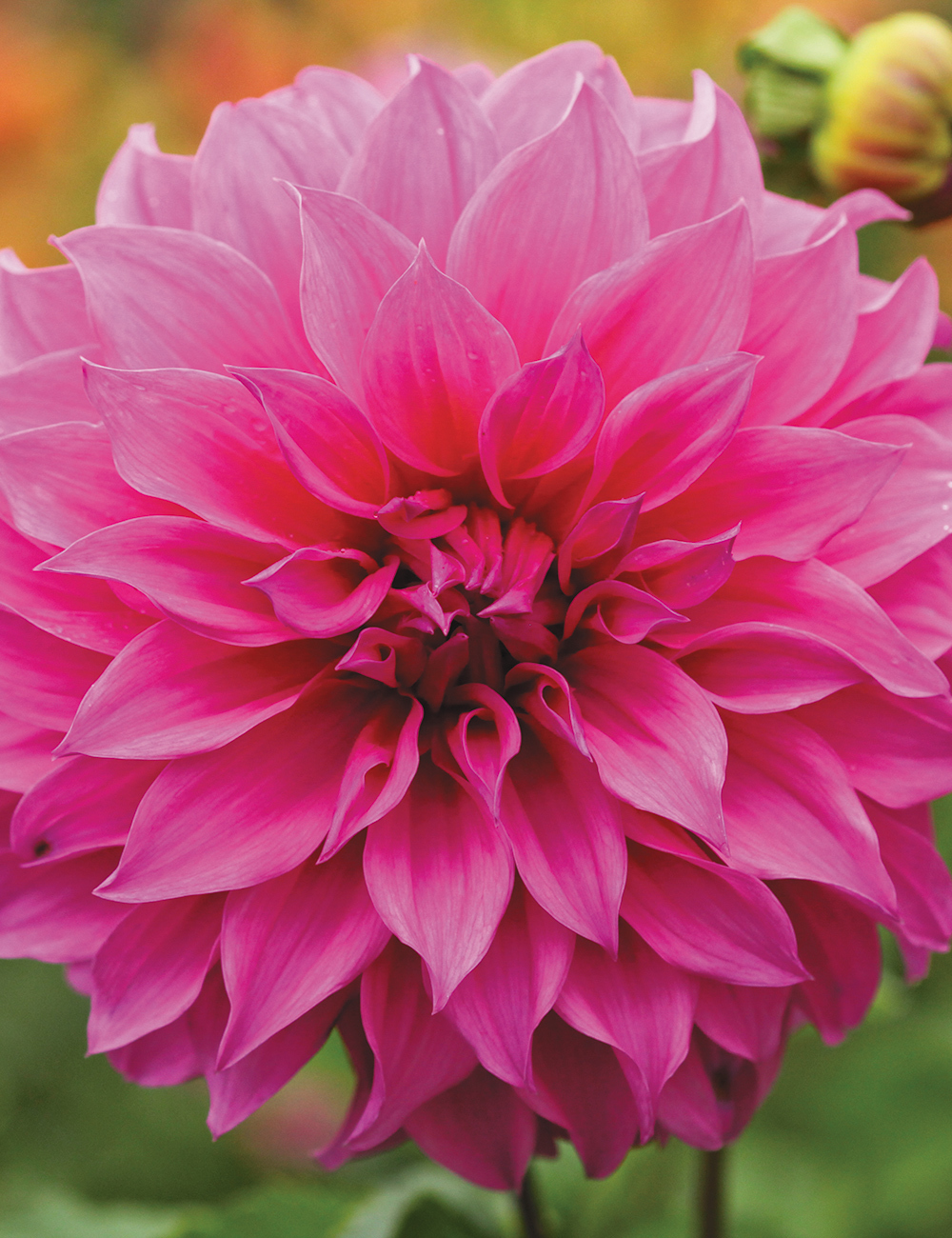 Large, candy pink with a soft romantic look. Massive flower heads, up to 20cm across!

Massive flower heads, up to 20cm across!
As they are so abundant, and the flowers so big, it is a good idea to stake these Dinner Plate Dahlias at the time of planting. By staking early you won't disturb the roots later on. Tie the branches with loose garden ties or old stockings to avoid damaging the stems.