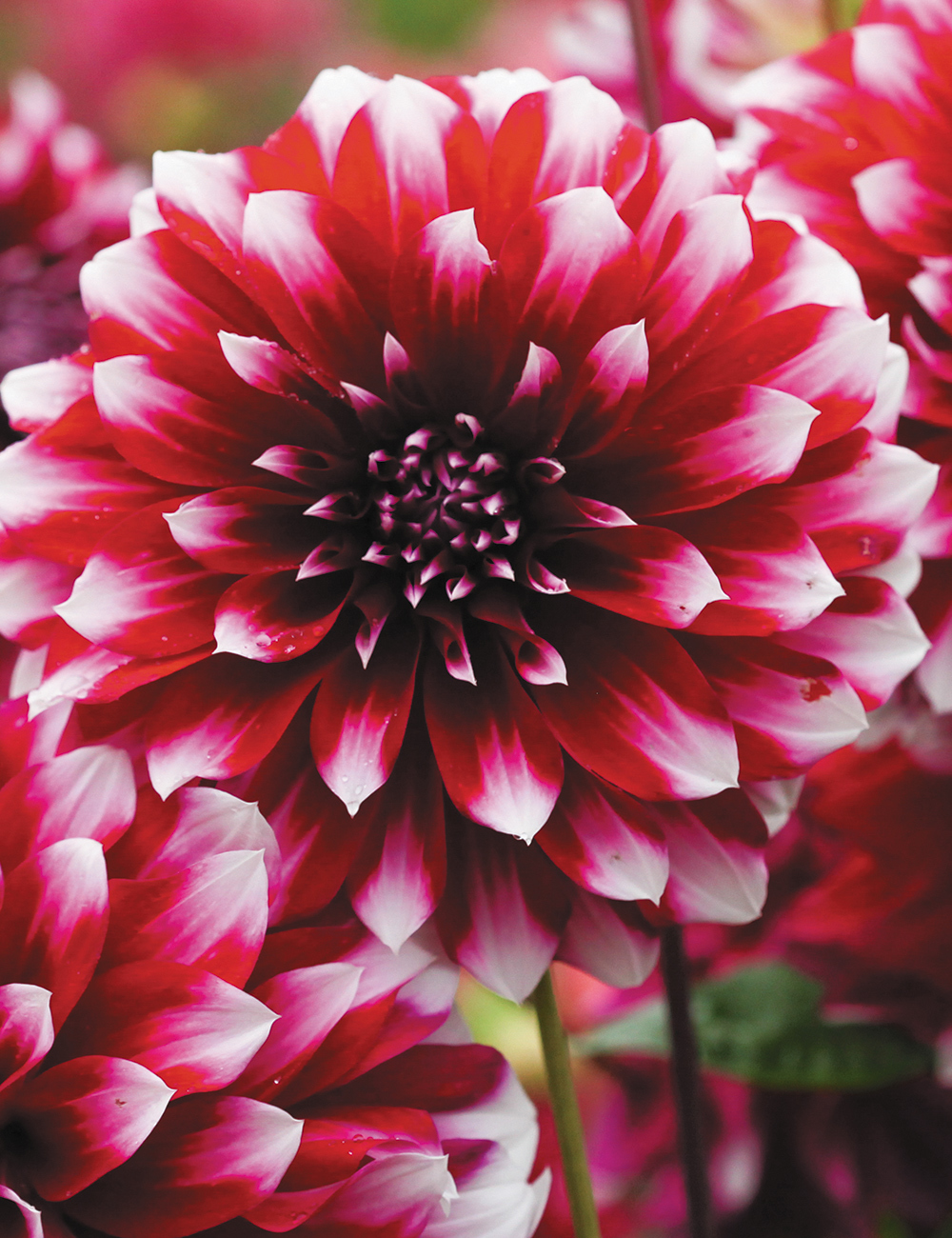 We are proud to say this Dahlia was bred by one of our wonderful customers. He bred it in his own backyard and bought it in to the farm to show us, and offered us some tubers. The flowers really took us and we planted the tubers in our trial garden. The resulting plants impressed us with their strong stems and plentiful flowers. From there we took it to the fields and have gradually built up the numbers over the years.

Dahlia ‘Eureka!’ is a large Dahlia, growing to around 180cm so is ideal for the back of a border. The flowers are lovely and big, growing up to 15cm and have good consistency. Pinch out the early growth to promote bushy growth.