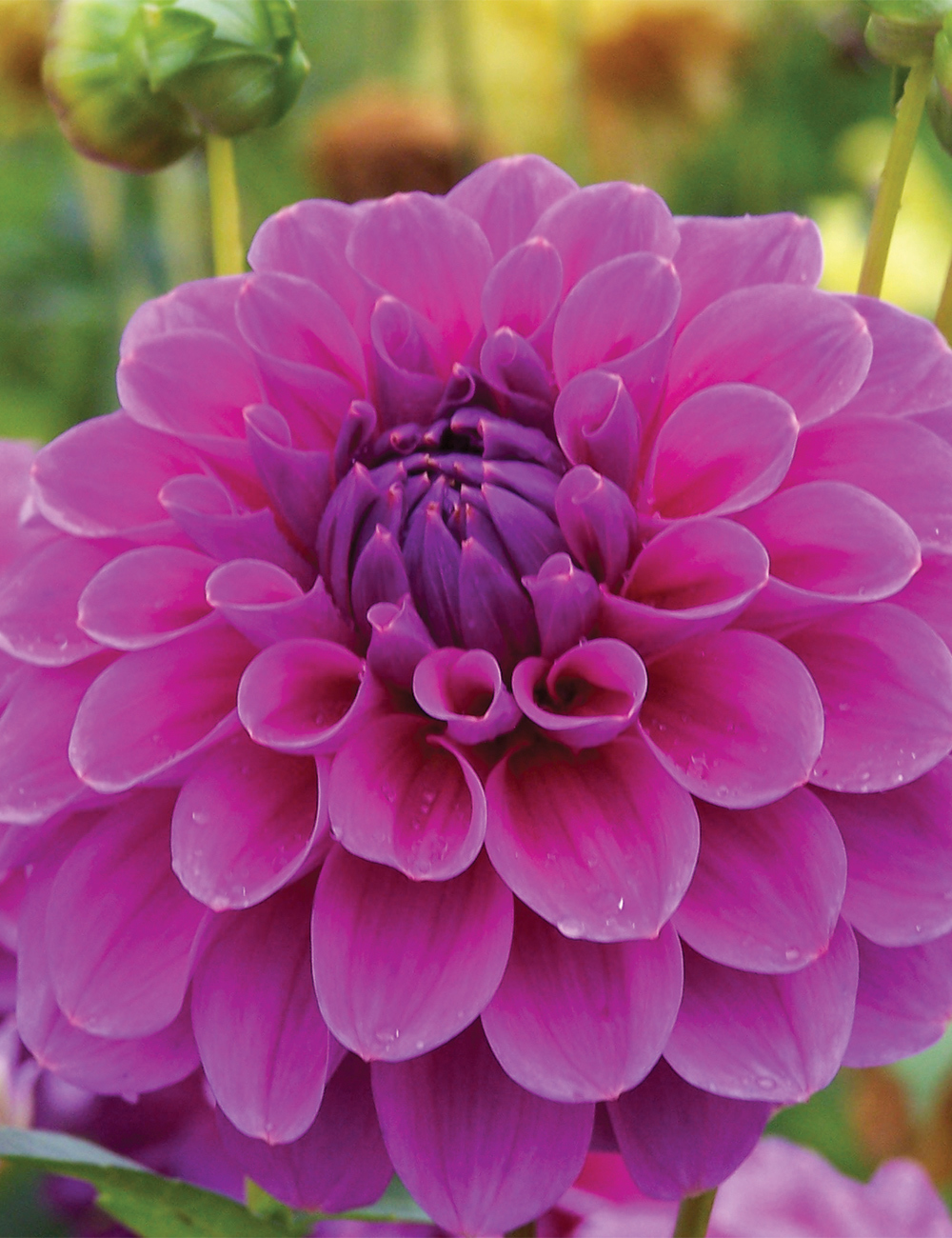 A lovely ball of petals in bright, mauve pink shades. There is more than a hint of blue in this flower.

Cool colours are effective in making small spaces appear larger and will create a tranquil, relaxed feel in the garden.

It is best to hold off on planting your tubers, until the soil warms, mid October, to early November depending on where you live. Dahlias are an absolute delight and make brilliant garden plants. They are long flowering, boast lush foliage, come in a huge array of colours shapes and sizes, and are easy to care for.