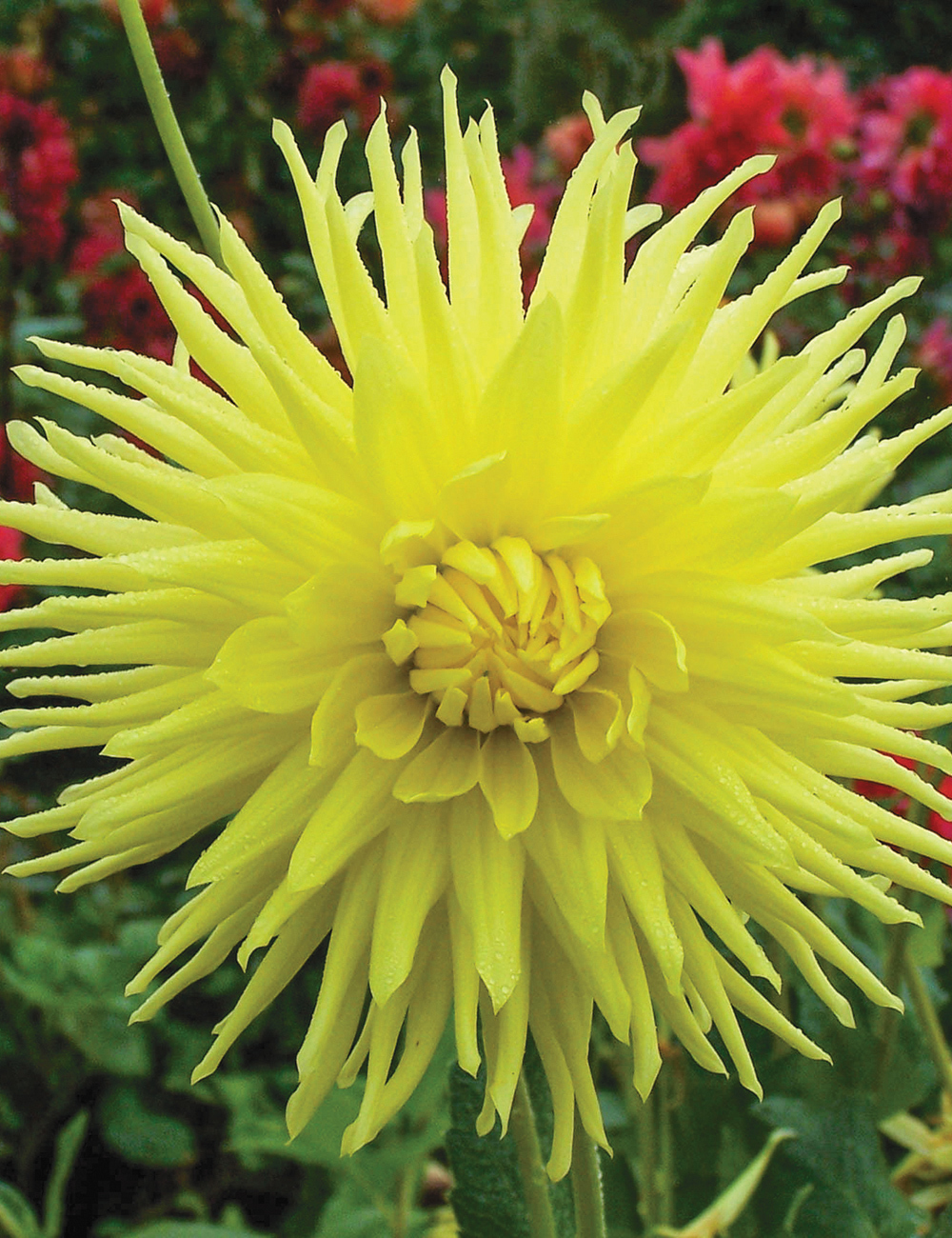 A fun flower in bright yellow shades with a hint of chartreuse at the petal tips. The blooms are 16-20cm across and are in season January to May.
Everyone has heard of Delbard Roses, but there aren't many who have come across Delbard Dahlias! These flowers are totally flamboyant and a bit less formal, so more cottage than your average Dahlia. Each variety is carefully selected, from a trial of over 10 000 hand pollinated seeds, only five new varieties are chosen. From this point it takes another six years to get them to the market. The breeding program began back in the 1940's and many beautiful varieties have been realised since then. They are award winning Dahlias for their large flower size, flowering numbers, colouring selection and compact, strong growth.

Dahlias take around eight weeks from planting to flowering. It is best to plant Dahlias in a sunny spot, morning sun is idea, they will need around six hours sun a day to flower well.

Plant Dahlias into moist, humus rich, well drained soil. We recommend digging well rotted manure though the soil prior to planting. Plant the tuber around 10cm deep, and it is a good idea to stake tall/large flowered varieties at the time of planting, this avoids root disturbance later on. Allow for good air flow between the plants.

You don't need to water your Dahlias in, just keep them moist once they start to grow. Add a slow release tomato fertiliser in early summer and some Sulphate of Potash, then mulch for best results.

Dahlia flowers are excellent for cutting, and last well in a vase. By cutting the flowers you will also encourage more blooms. When you cut the flowers, it is a good idea to do it in the morning as they have a higher moisture content and so will last longer. Cut the stems so you are taking at least two leaves, this prunes the plant back far enough to encourage more flowers and bushy growth. Any spent flowers left on the plant should be removed, as they brown, in a similar method to encourage more blooms.

Dahlia tubers don't really need to be lifted if the soil is well drained and you don't live in areas where the soil will freeze. But they should be dug and divided every couple of years to keep them flowering at their best.

Dahlias were discovered in Mexico in the 1700's. They were named after the Swedish botanist, Anders Dahl.