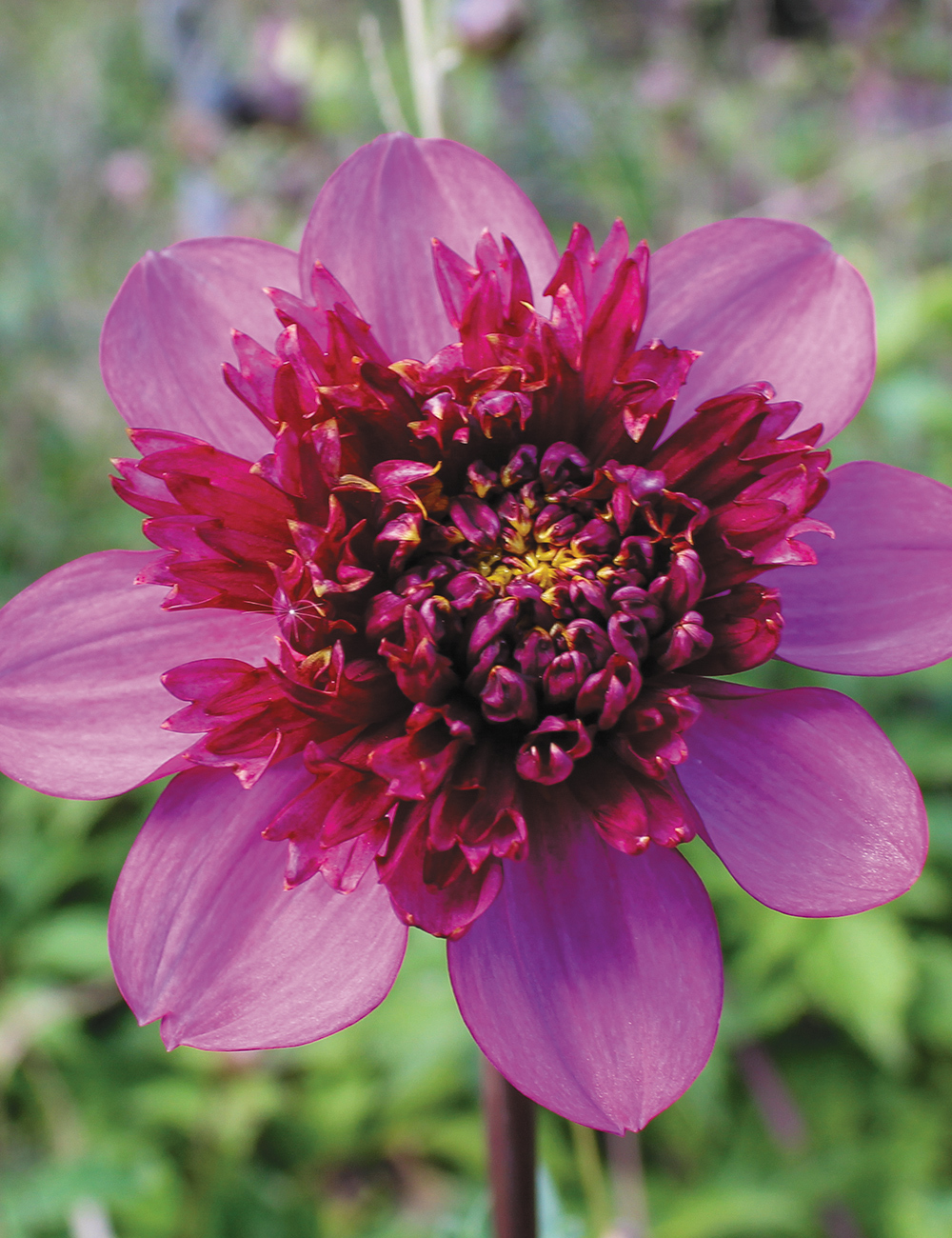 This bright, Anemone Dahlia has plenty of flair. It boasts lots of flowers on lovely long stems that are great for picking.