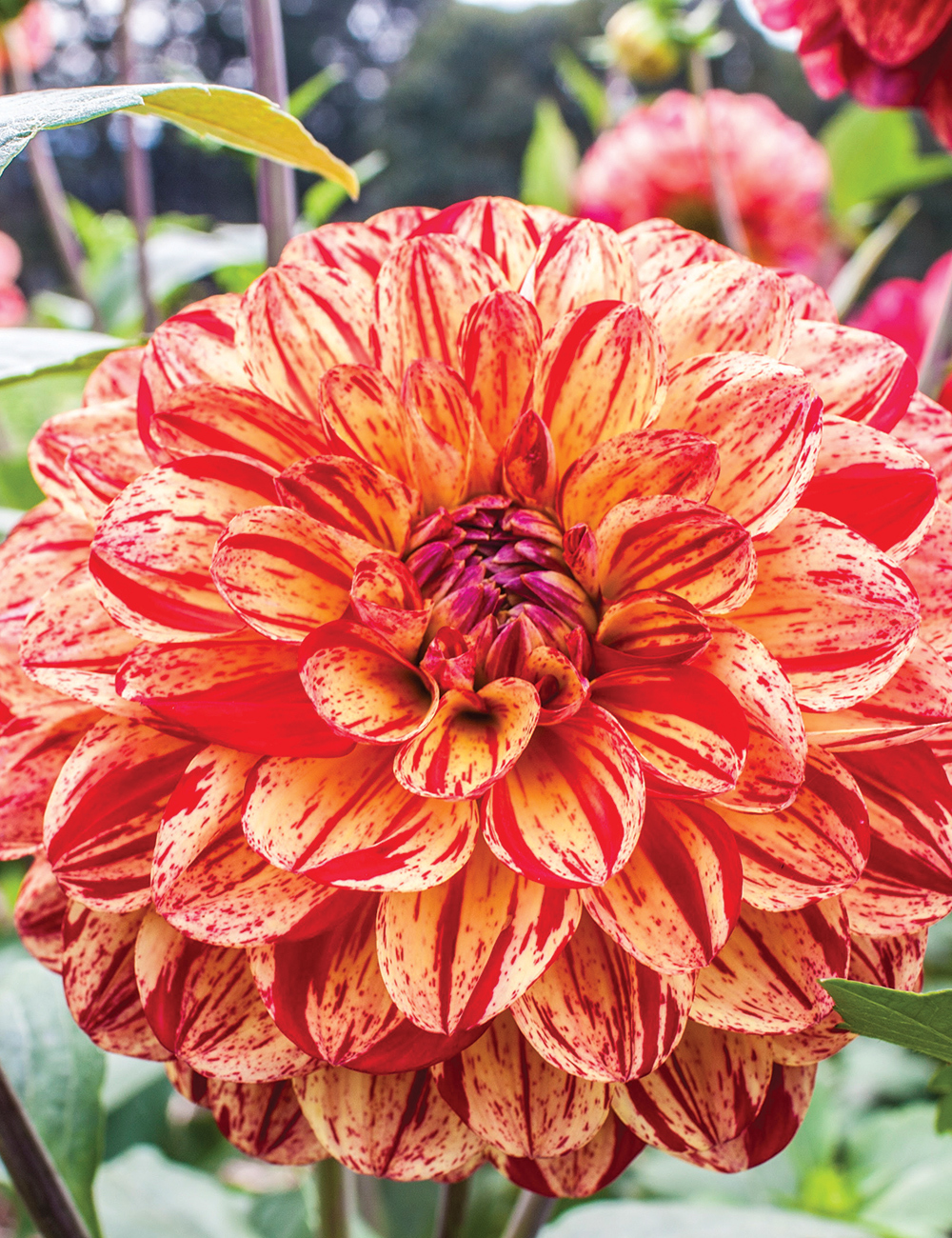 A fiery combination of orange and red with licks of yellow throughout. This hot new flower shows strong garden growth and produces big flower numbers.
Dahlias are an absolute delight. They are easy to care for and bring you masses of vibrant flowers. What’s more, they can be left to colour your garden or bought inside to fill your vases. Let’s face it, Dahlias have so many flowers, it is easy to do both with blooms from December to April.
Dahlias take around eight weeks from planting to flowering and can be grown in gardens or pots.

Plant into moist, humus rich, well drained soil in a sunny spot, they need at least six hours to flower well. We recommend digging a well rotted manure though the soil prior to planting. Plant the tuber around 10cm deep, and it is a good idea to stake tall/large flowered varieties at the time of planting to avoid root disturbance later on. Allow for good air flow between the plants. You don’t need to water your Dahlias in, just keep them moist once they start to grow. Add a slow release tomato fertiliser in early summer and some Sulphate of Potash, then mulch for best results.

Dahlia tubers don’t really need to be lifted if the soil is well drained and you don’t live in areas where the soil will freeze or get overly moist in their dormancy.
Dahlias were discovered in Mexico in the 1700’s. They were named after the Swedish botanist, Anders Dahl.