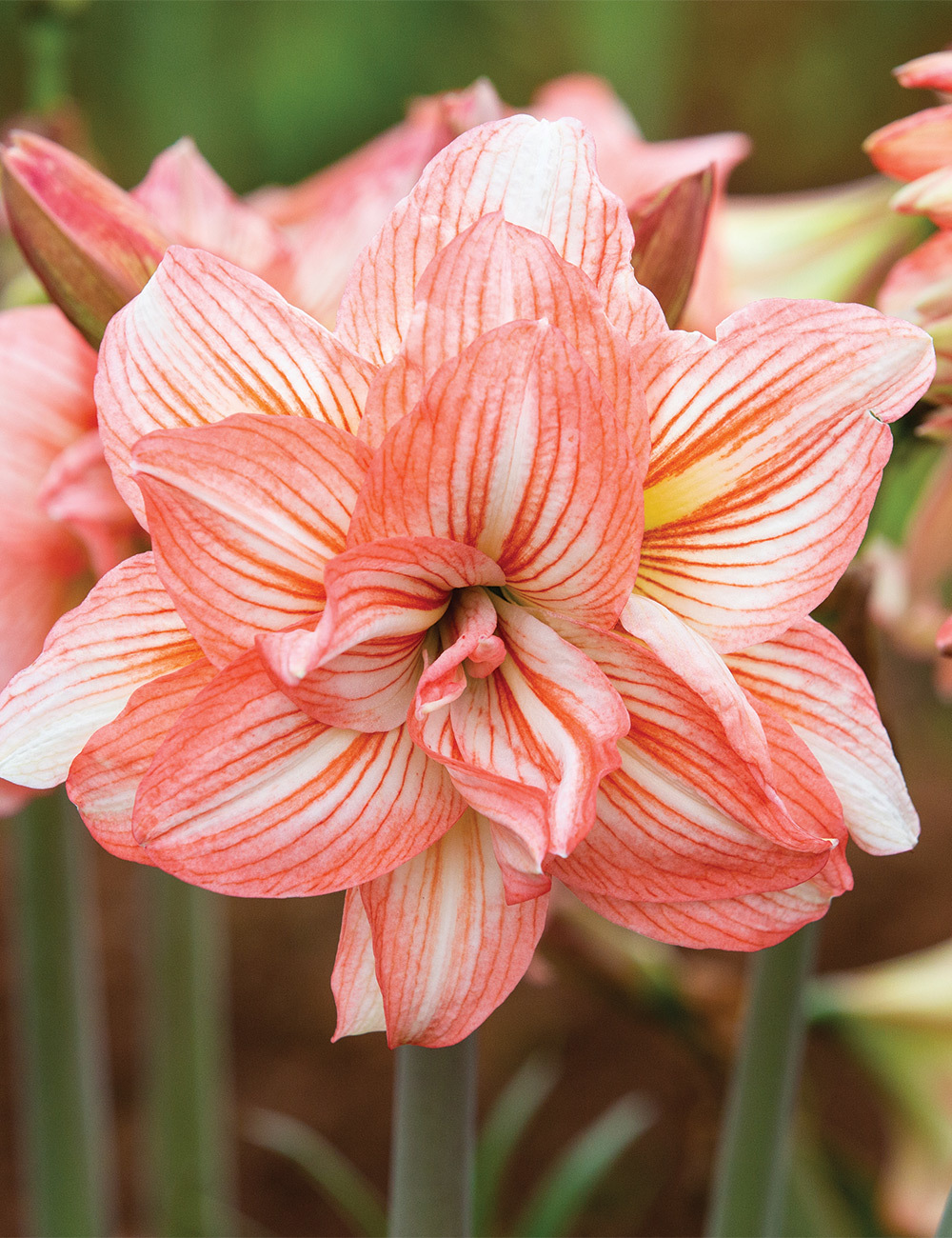 Lustrous, white to cream, double blooms with strong brushes of watermelon pink concentrated at the border of the petals. A robust choice with an average of two stems and five blooms on each from established bulbs. Each flower is quite big, growing to 15cm across. The stems are strong and around 35cm tall.
Double Hippeastrums are the triumphant result of years of intensive hybridising. With all the hard work done in the breeding, these bulbs are quite effortless to grow and they offer the flourish of two or three times the petals of the single varieties.
On average Sonata Hippeastrums flower just six to eight weeks after planting, faster in warmer weather. This new selection; which were bred in South Africa by renown breeders, Hideco, uses the best of the latest in breeding techniques that produce even more stems with sizable and numerous blooms. They were devised for containers, so the stems are stocky and readily prepared to hold the blooms up. Of course, they will grow just as well in gardens, especially for those of you who don’t have the hassle of frost.
Double Hippeastrums are extroverts; their large, eye catching flowers open on strong, straight stems to oohs and aahs in summer. Not all the flowers open at the same time, so the succession of colour lasts the distance.
They last well in the garden, pots or cut for indoor displays (where they can easily last a few weeks).
In pots, they can be moved to centre stage when in bloom, and hidden behind the shed in winter dormancy.
Double Hippeastrums grow best in humus rich, moist, well drained soils. Hippeastrum grow Australia wide, they are semi evergreen and will go dormant in cool climates, where they should be grown in a warm spot and protected from frosts. In too much shade they won’t produce flowers, so aim for a nice sunny spot.