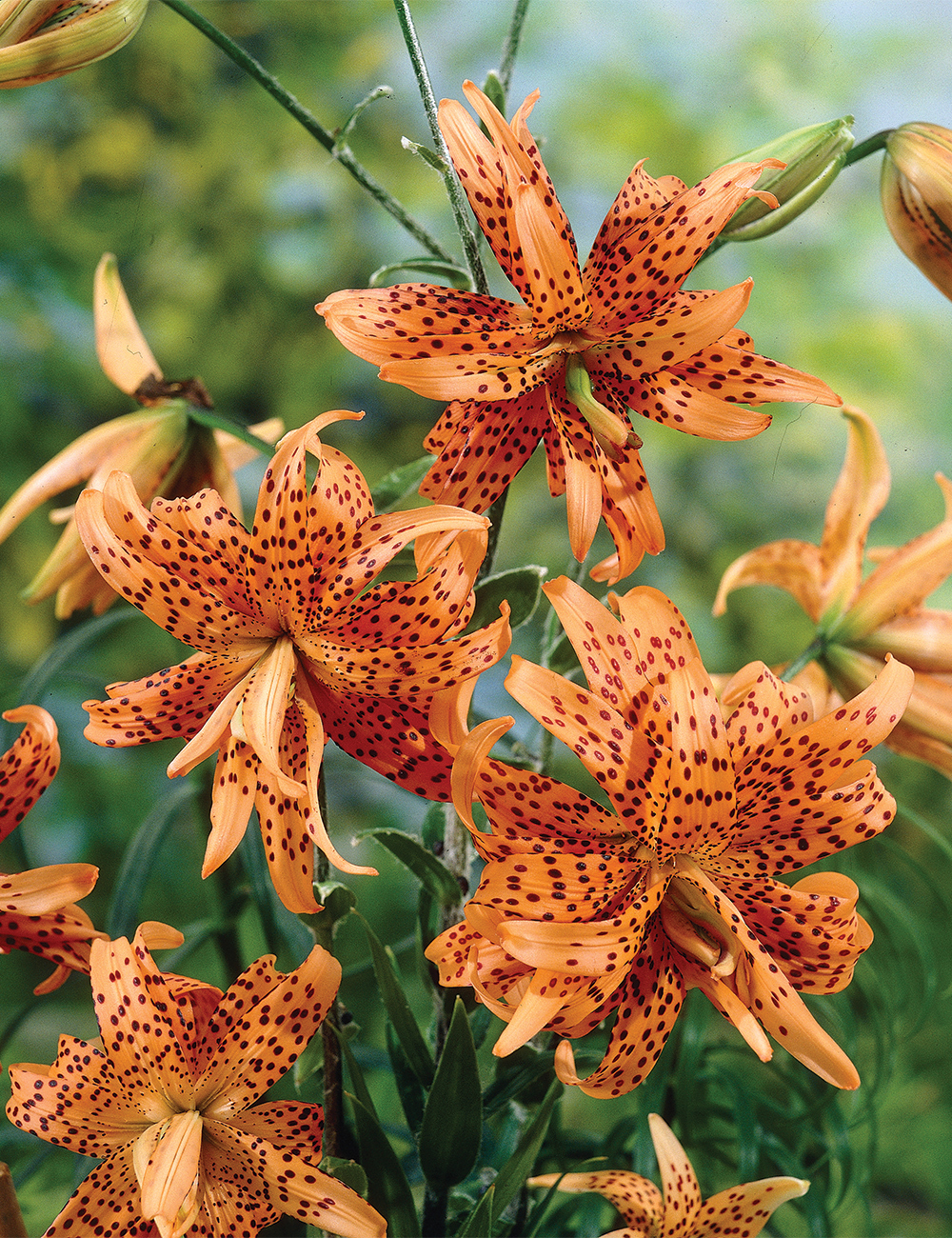 The bright flowers of 'Flore Pleno' open from late summer right into autumn. They have no pollen, so will last an age, and, like a fine wine they get better each year, with more and more blooms opening on the strong stems.

The orange red, recurved petals of Tiger Lily ‘Flore Pleno’ are covered in maroon to black spotting. The flowers are semi pendant and open on tall stems in groups of up to six.

This rarely seen cultivar’s origins stretch back to the 1700's.FlorePleno translates to double flowers and it is a double form of the original Tiger, L. lancifolium.

Gardeners are returning the ‘old fashioned’ Tiger Lilies because of their hardy nature and nostalgic charm. They are less bright flashy (some may say gaudy) than those grown for cut flowers, but just as appealing and last well in a vase.

Plant Lilium 'Flore Pleno' in a permanent position in the garden, the longer they establish the more flowers they will bear. Ensure you fertilise well, this will ensure the best blooms. In warmer climates, grow in part shade or morning sun so the flowers last longer.