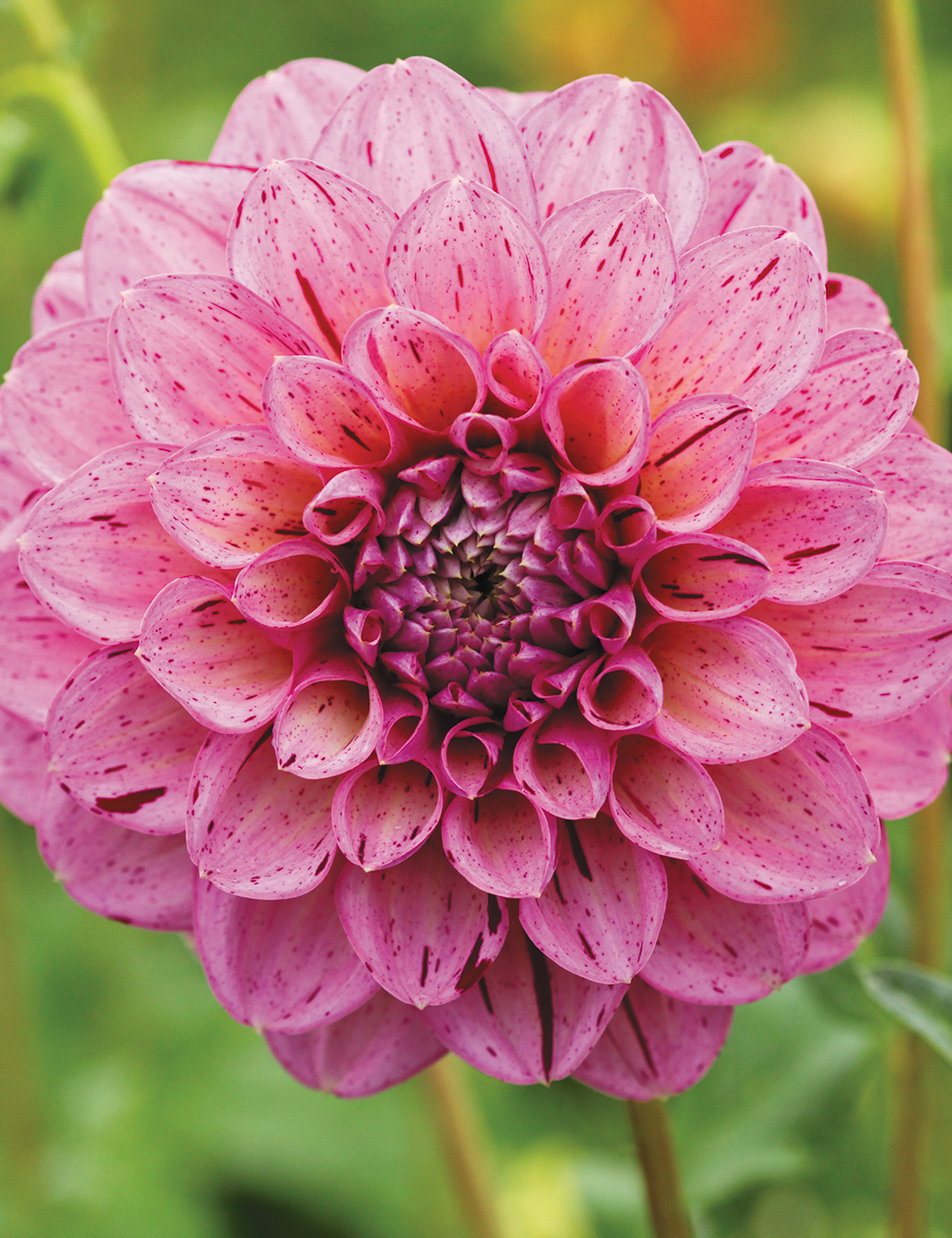 Spectacular pink petals with a smattering of burgundy flecks.