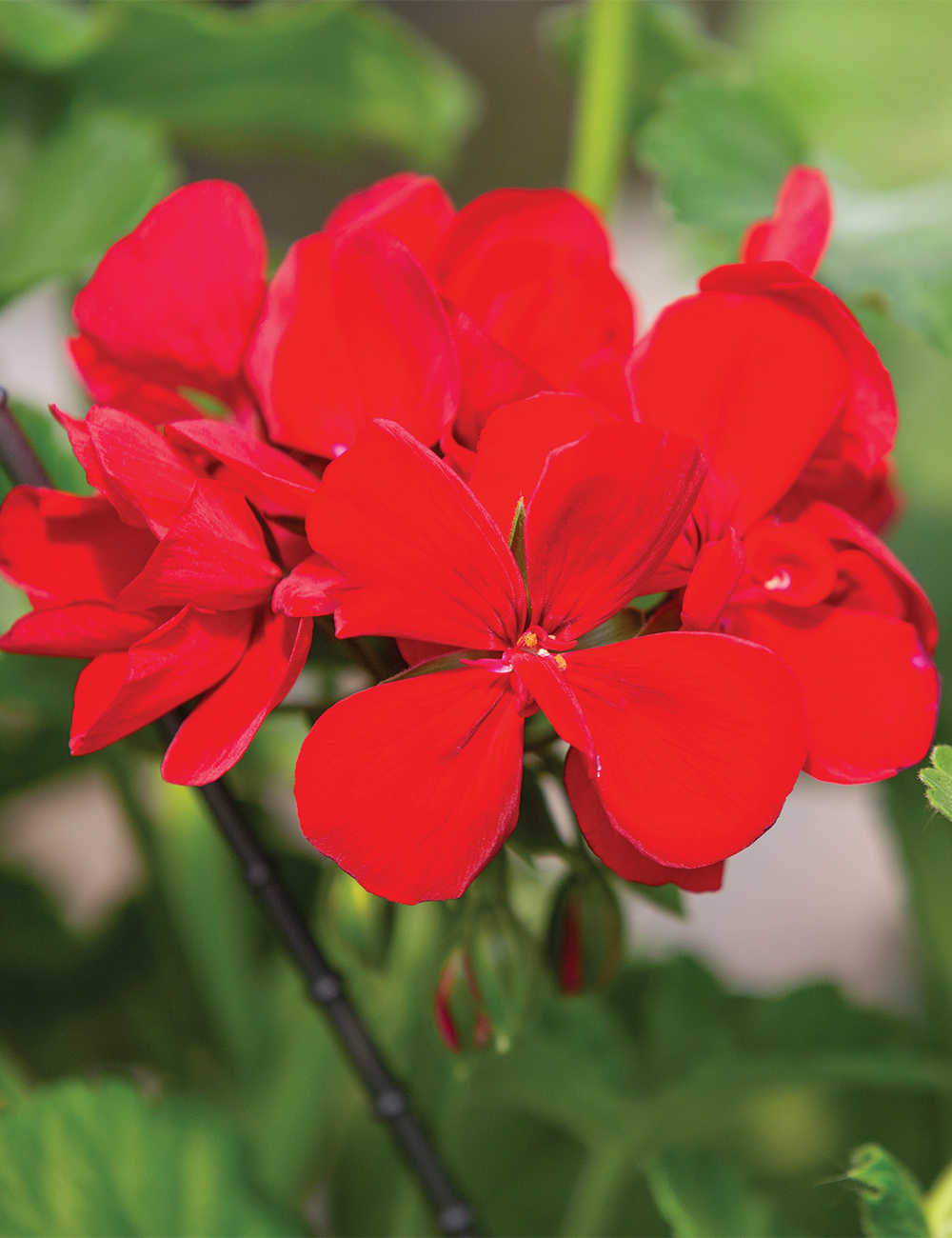 Abundant red blooms. This series is a marked improvement on the geraniums of old. The semi trailing stems are laden with verdant, green leaves and topped with large blooms of iridescent colour.

These Geraniums have topped the US Geranium sales charts for four years running and are fast becoming iconic in Australia. The name mirrors the blooms, they are big! The colour is saturated and has a big impact, and they can flower year round.

The deep, glossy green leaves are semi trailing and prolific with a nice mounding habit. Grown in pots, hanging baskets, or garden beds they are a wonder.

‘Big’ Geraniums are a new type known as Calliope Geraniums. They were developed by crossing the upright Zonal Geraniums with the trailing Ivy Geraniums giving you the best of both worlds. Almost 15 years in development they are well worth it.

We recommend you dead head spent flowers to promote more blooms. After planting, water them in, they become dry tolerant as they establish. Put ‘Big’ Geraniums in a sunny spot, with at least four hours light a day.