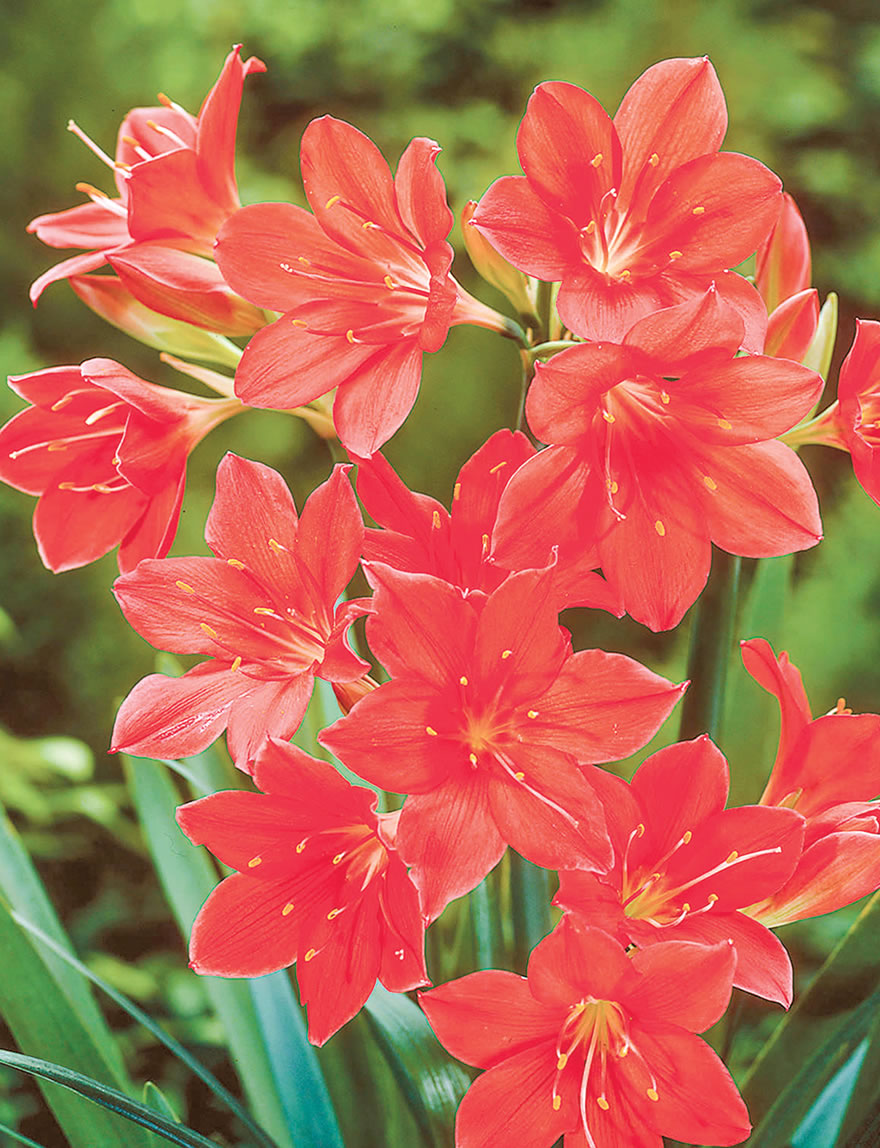 These fabulous plants perform year after year. They easy to grow, even those without a green thumb easily manage to keep them alive!

Vallota Lilies are wonderful bulbs that will naturalise if left in the ground, and the bright scarlet blooms are an attractive feature in the summer and autumn months. Up to nine flowers are produced in a season.

The leaves of Vallota Lilies are upright and strappy, growing 20-45cm long.

Vallota Lilies are now known botanically as Cyrtanthus elatus, they were previously known as Vallota speciosa, which is where their common name comes from. They are also generally known as Fire Lilies, because of the bright red of the flower. They are native to the grasslands of South Africa.

Plant Vallota Lilies in a permanent position as they tend to sulk if they are moved. They grow well in the ground and in pots.