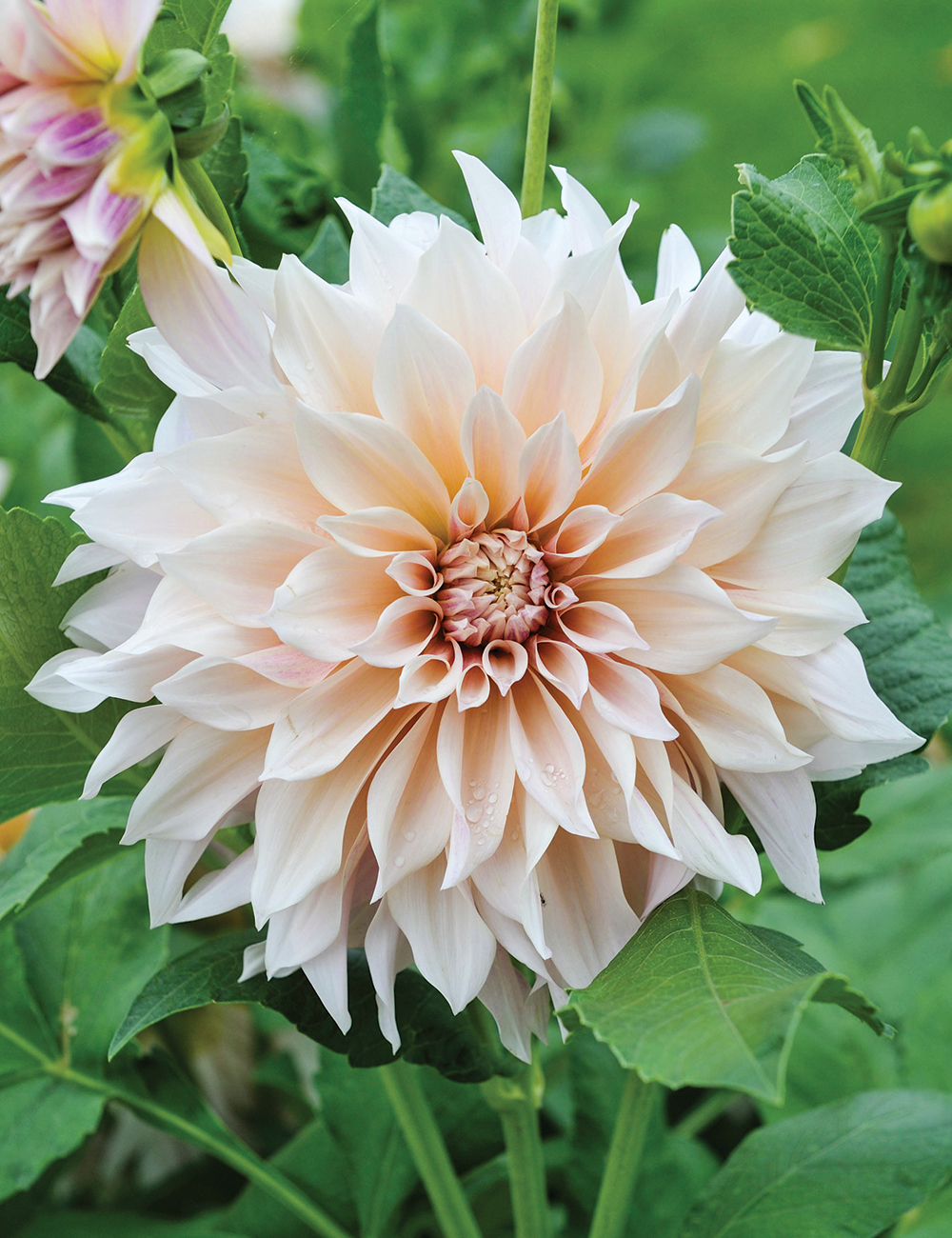 This is one of the most popular Dahlia colours at the moment. Florists are falling over themselves to get these blooms for weddings. In the garden their soft colouring works well on a number of levels too. It is multi award winning, in not just competitions, but also in hearts.

Dahlia ‘Cafe au Lait’ enjoys a range of different creamy flower colours. From milky white to soft pink, caramel and everything in between. They can change throughout the season and even the day. The flowers are big, growing 20-25cm across. The dark green leaves help to reflect the colouring.