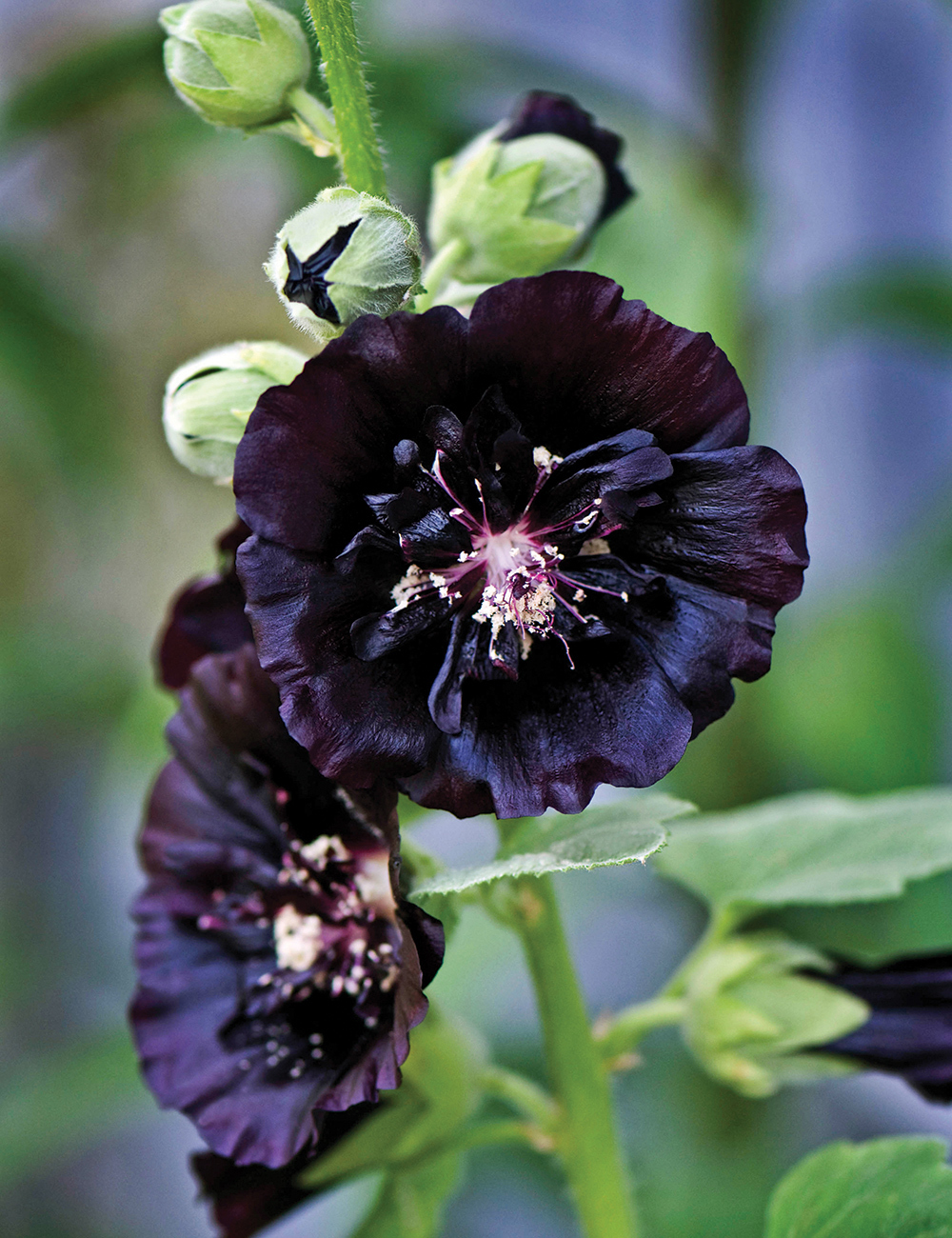 Hollyhock ‘The Watchman’ flowers have deep, deep maroon colouring that borders on black. The strong stems easily reach a metre or more and the flowers last well, adding a bit of drama to the garden. Each bloom is 7-8cm across.

Hollyhock ‘The Watchman’ is a good border plant with tall stems that are perfect for creating vertical interest in the garden.

Hollyhock ‘The Watchman’ is an heirloom variety that has legend attached to it. We have read that it was developed by fabric dyers in Spain, where it had to cope with the Mediterranean climate, rendering it both dry and heat tolerant. It was known locally as ‘Sereno’ (which is Spanish for Watchman). From Spain it made its way to the colonies where it was valued for its dying, medicinal, ornamental and even culinary properties.

Hollyhock ‘The Watchman’ is an heirloom variety that has stood the test of time. It is a long blooming biennial plant that will set seed for future generations (non invasive).

Hollyhock ‘The Watchman’ should be grown in a sunny location in well drained, humus rich soil with protection from strong winds, or be prepared to stake. They will cope pretty well with our hot and dry climate.

The botanical name, Alcea originated from the plant species use in medicine. It comes from Altheo which means to heal or to cure. The flowers are edible and the coloured petals are great for jazzing up salads. Actually the whole plant is edible, it’s not overly tasty though.