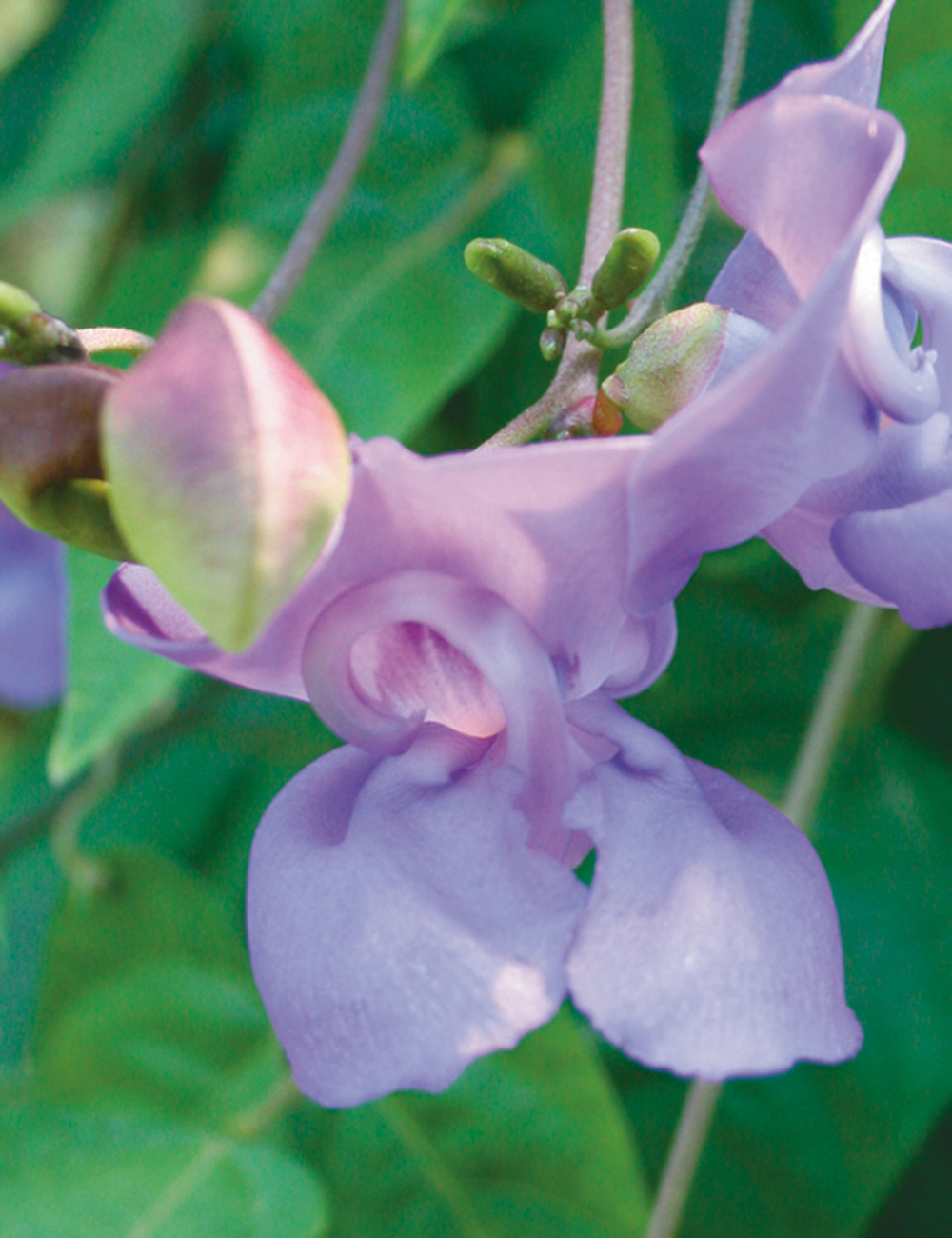 Unusual and fragrant. The colouring is a mixture of mauve blue and green and change as the bloom matures. The unusual shape of the flowers is known as a coiled keel and, as the common name suggests, they mimic the shape of a snails shell.

Snail Vines have large leaves, which are divided into three separate leaflets, each up to 13cm long. This creates a dense covering of foliage wherever they grow. It is a good idea to cut the tendrils back in summer, when it has reached the desired size, this will help to promote more flowers – the side growth can be a distraction for the plant, just like with your beans or strawberries – so if it is flowers you want, you will need to prune.

Snail Vines look wonderful over a trellis or archway, along pergolas, in shrubs and trees or supported on fences. You could even trail them on a retaining wall. They may take a season to settle in, but after that time they are vigorous and can cover large areas.

In cold climates they will die backing winter, you can add a dry mulch of straw at this time to protect the plant, then, come spring they will soon shoot again. In warm climates they tend to grow larger and remain evergreen.

Plant your Snail Vine in humus rich, moist, well drained soil. Water to establish and keep moist in active growth. Add a liquid fertiliser monthly when they are blooming, late spring to autumn. Where the weather is warm they will even flower into winter.

Known botanically as Vigna caracalla, it was named after an Italian botanist from the 17th Century, Domenico Vigna. Caracalla was a Roman Emperor; or we have read, it could alternatively mean from Caracas, in Venezuela. Other common names for the Snail Vine include Corkscrew Vine or Flower and Snail Bean.