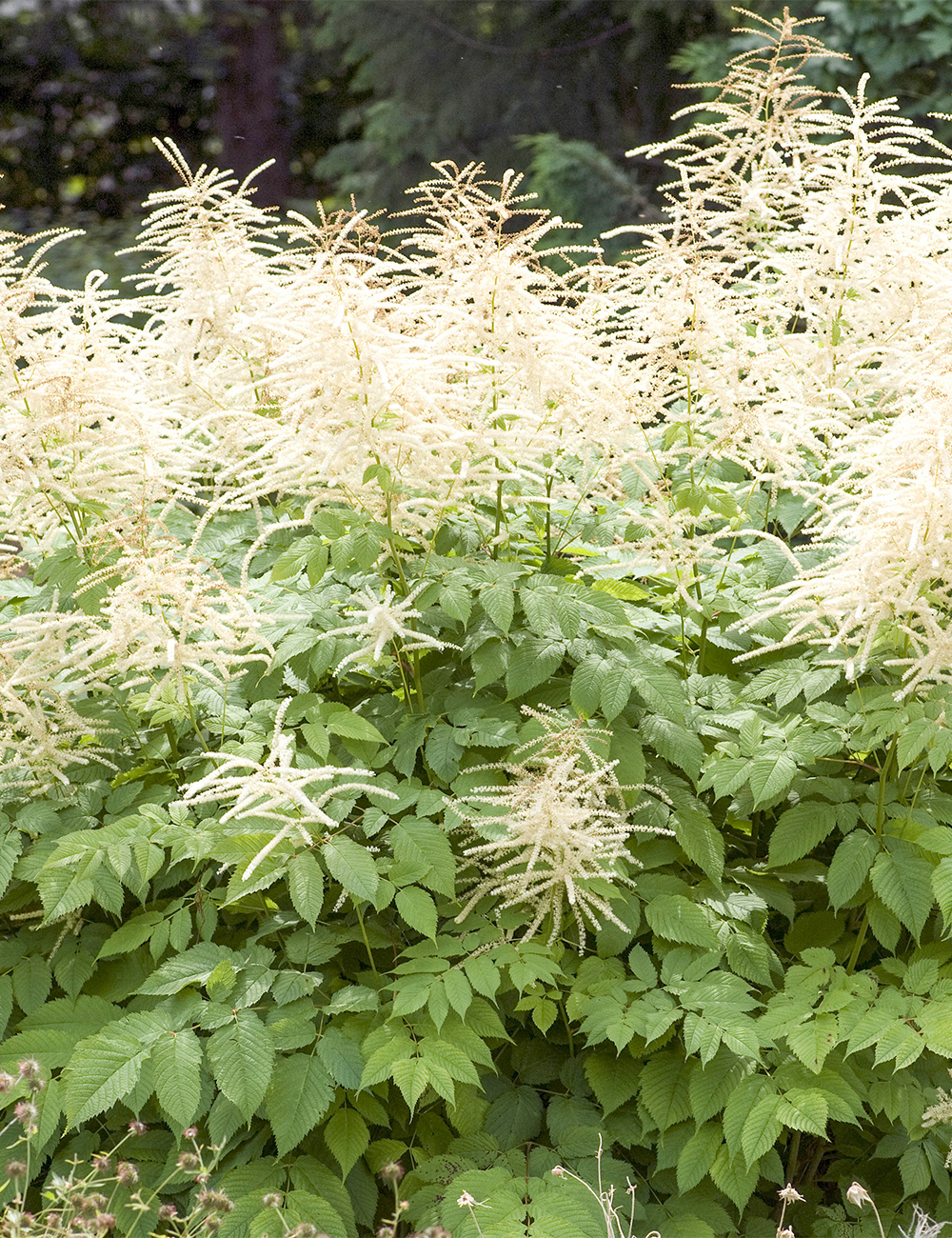 A beauty for moist shade.

The soft, upright panicles of small, creamy white flowers will open in abundance over the foliage from late spring to summer. It holds the prestigious RHS Award of Garden Merit so you know it is garden worthy.

The plumes grow 50cm long and the bees and butterflies love them. The flowers are great in arrangements and can be dried.

Aruncus ‘Zweiweltenkind’ looks a bit like an Astilbe. The large, fern like, dark green leaves form a lovely, lush, dense mound. The foliage sticks around for a good while after the flowers are finished, forming a lovely backdrop for summer bloomers. The new leaves have a bronze blush and they turn yellow as the plant goes into dormancy.

Aruncus ‘Zweiweltenkind’ will flourish in moist shade, but with sufficient moisture will grow in full sun in cool climates. A great choice for boggy soils or by ponds, it needs to be watered over summer if it is in the garden or the leaves will go brown. Heavy clay soils are not a problem.

Cutting flowers will not encourage more blooms. Aruncus ‘Zweiweltenkind’ may be slow to establish but is very long lived.
As the name suggests, it is delicious, which means there are male and female plants. You will need one of each in order to set viable seeds. The male flowers have upright, full plumes with lots of stamens. The female flowers have pendant plumes, that if fertilised will be followed by ornamental seed capsules. The plants Tesselaar are selling are vegetatively propagated and all males so the flowers are upright and showy.