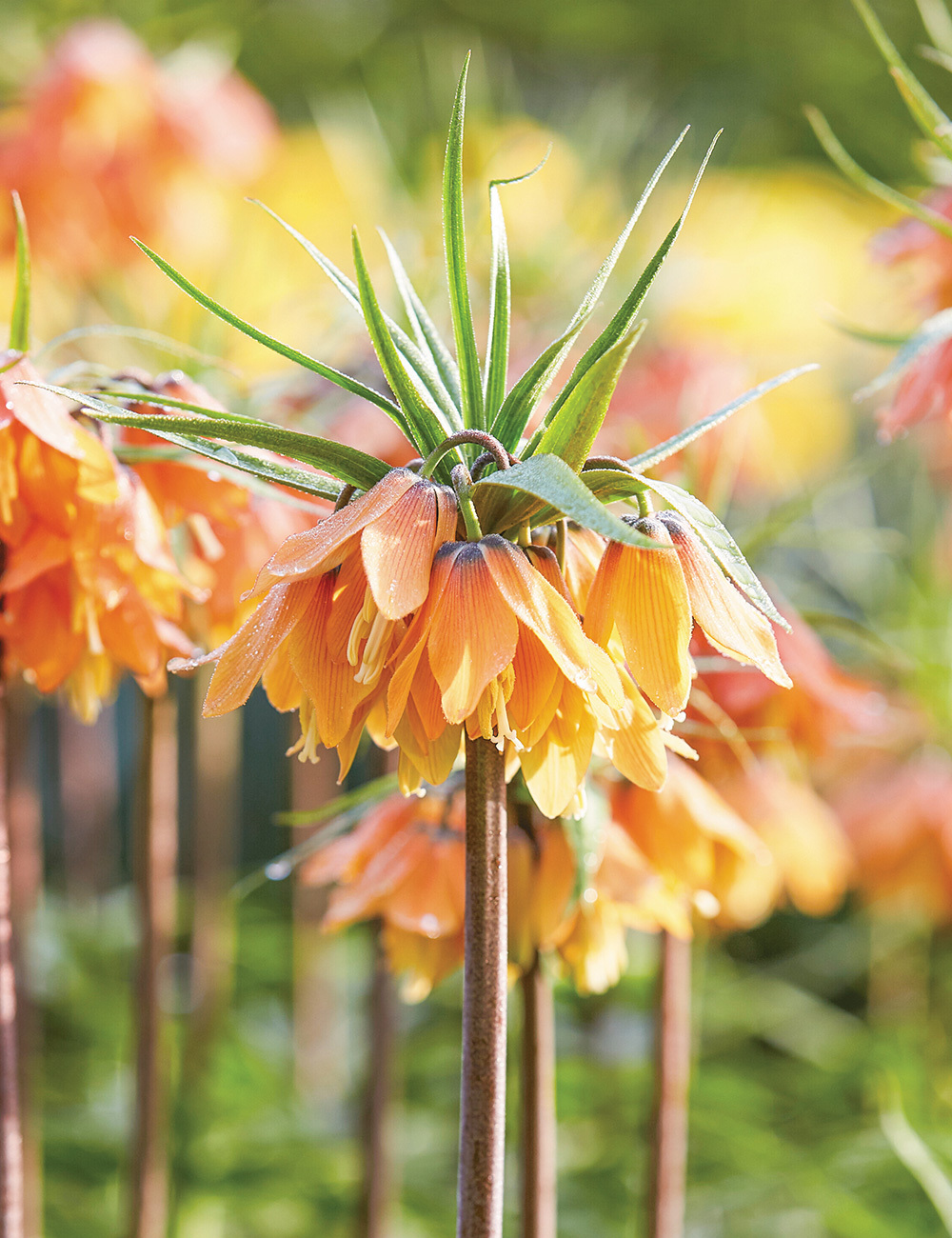 A rare and imposing choice.

Your spring display is sure to be the talk of the town!
Much lusted after, but always in short supply, if you have always wanted one, don’t delay.
Stretching up to a metre, the magnificent stems are topped with a pineapple like combination of flowers and foliage. The display lasts around two or three weeks. The peculiar fragrance isn’t something Chanel would be interested in but as a gardener it is intriguing. This musky perfume comes from their big teardrops of nectar which you can see if you tip the flower upside down. Beneath the blooms there is a section of bare stem then lush, dark green foliage.
Most Fritillaries hail from cool, mountainous climates in Asia with sharply draining soil and a good deal of moisture. But the ones you are buying have been living in Australia for a while, so they are somewhat adapted and ready to grow in a Cool to Mediterranean climate. They favour a humus rich to sandy, sharply draining soil. Add sand/gravel when planting to ensure good drainage, both above and below the bulb. If your soil is heavy, try growing in a pot or raised bed. Protect them from slugs and snails, the good news is rabbits don’t seem too keen on them.
Water well in active growth, then allow them to almost dry out before watering again. Allow to dry out in dormancy. They need a sunny position in order to thrive and flower well.
If they are positioned somewhere that makes them happy, you can leave them to perennialise and they will bloom annually mid to late spring.
Legend tells that the reason Fritillaria are bowing flowers is because when Chris went by them to the cross they didn’t bow their beautiful blooms, and so have been forced to lower them in shame since. Scientifically, it is because of pollination, birds are the most effective pollinators. Interestingly it has been in cultivation since the early 1600’s and its popularity is maintained still today.
Other common names for Fritillaria imperialis include Fox Lily (for it’s musky fragrance) and Crown Imperial.